Don’t be that guy at the Mexican border

Short story: We were denied by Mexican authorities to drive our van past the border towns of the hassle free zone. 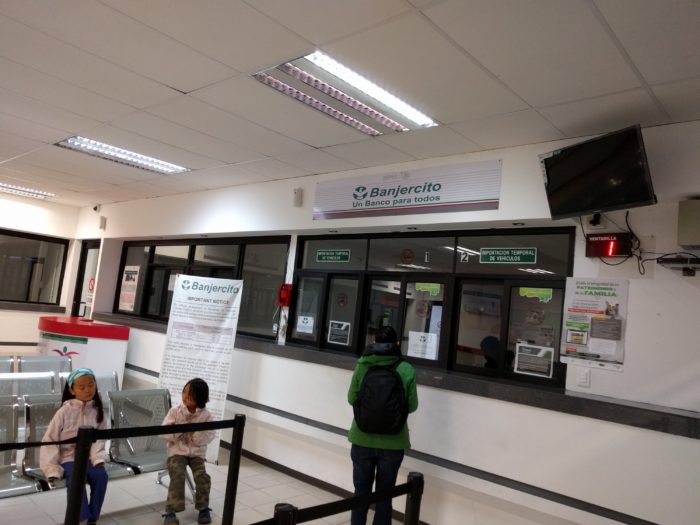 Customs, immigration and the Banjercito.

Long story: While getting our ducks in a row to enter Mexico, we noticed I had inadvertently switched the registration paperwork for our van with our other car. Oops. Good thing I had a digital record of registration and quickly found a place to print it out. With passports, copy of car registration, international drivers license, Mexican pesos, extra US dollars (for TIP deposit), Mexican car insurance, and copies of everything in hand and a fridge and water supply stocked up, we were ready.

So here’s how it went down. We get up early to cross the border. After the American checkpoint where our crossing was recorded by cameras, we pay a $3.50 toll to cross the bridge. You can tell you’re in Mexico when the bridge road starts to be filled with potholes. Just across the border is a Mexican customs, immigration, & banjercito (official bank) office. Unfortunately at 7am when we arrived the Banjercito was not open yet. They opened at 8am and promptly told to us to go to immigration first and get a tourist card (FMM), which is essentially a visa. Immigration is just a counter on the opposite side of building. We fill out our paperwork and he gives us a 6 month visa, stamps our passports, and tells us to pay our fee of 533 pesos each at Banjercito. We go back to Banjercito and give them our paperwork. They see the photo copy of the car registration and ask for the original. “Funny story,” I chuckle. The Banjercito official is not smiling at my story. I even show him the original registration of our other car and show him how it has been mixed up. He’s not amused by my charm and says he requires original registration. After pleading in English and poor Spanish, he eventually concedes a little and says he will accept an original title of car. Unfortunately I only have a copy of the title with me as well.

I know I’ve been defeated, hang my head, pack everyone back in the van and head back to the USA (after paying a $1.95 toll coming back across bridge). Back in the US, a friend at home comes to our rescue and gets the correct registration FedEx’ed to us. Thanks so much Liza!

The next day, we are back at immigration and Banjercito office by 10am. This time, we head to immigration first. There’s a different official from yesterday and after asking us some questions, he tells us to go to Banjercito first. Oh well. Back to Banjercito. I happily give the official our paperwork. He looks it over, types some things into computer, then asks to see vehicle.

We walk out into parking lot and he looks and ask about official number. I’m assuming VIN number so I open driver’s door and show him. He checks the VIN and continues to look around until finally finds what he wants in the manufacturer’s official weight numbers and he snaps a picture. We go back to the office and he says that the van is too heavy and he can not give me the Temporary Import Permit (TIP) I need to drive through out Mexico.

I am dumbfounded and plead. He says customs can help.

Confused I take the whole family across parking lot to find the customs official. After “talking” to the customs official (by talking, I mean both of us typing on our phone using Google translate and showing the other the translation), he tells me that Banjercito is the only one who can give out TIP. Argh. Back to Banjercito. I drag the whole family back and Banjercito tells me, my van weighs too much. I try pleading with him that GVWR is not the weight of van but how much it can tow/carry. I ask can I get the van weighed to prove it’s not too heavy? He says to go back to customs.

We bounce back to customs. The customs official looks up something on his computer and tells me he can not help because the date is not in certain date range. Huh? He shows me his screen with an official Mexican document with 3 date ranges. From what little Spanish I know, I’m guessing that customs can search vehicle and give a waiver of weight limit, but only between certain dates. And guess what? We were not within that range. The next time he would be allowed to do that is March 7. (The 3 date ranges seemed to be from Thanksgiving to New Year’s, summer, and Holy Week – I guess to help out tourism.) And so I went back to Banjercito to plead some more.

All useless. If our Sprinter had been registered on the original card as a “motorhome” instead of “van” we would have gotten through. After 2 hours of this, we packed up and headed back to the US (paying both bridge tolls again). Those who know me well, know that I can be a real stubborn bastard. And not to be dissuaded, I was willing to try a third time. That night we drove 45 minutes to McAllen (another Texas border town) to try crossing and possibly pleading with a different Mexican official there. This time I used some points and we stayed at a hotel with good WiFi instead of sleeping at a Walmart parking lot. 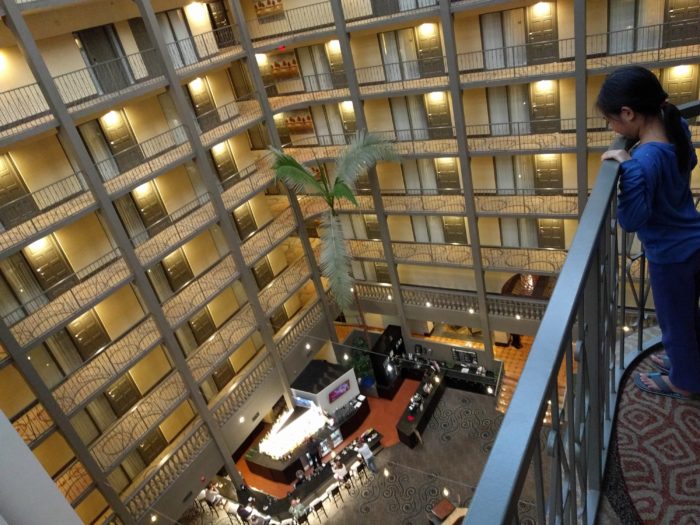 After some more research on the topic I find many reports of people being rejected for the same reason as us. 3/4 ton trucks and up all had too much of a GVWR value. There was one border crossing in Phoenix where people seemed to be getting through. Another option was to get the TIP online, but that would take longer than a week for that whole process. After some debating, we decided that it wouldn’t be worth it to hang out in border towns for a week while we got this sorted out. We decided to cut our losses and come up with a new plan.

Though it was a disappointment, to put it mildly, it helps to remember that when you go on adventures, sometimes you’ll end up being that guy who’s rejected at the border.