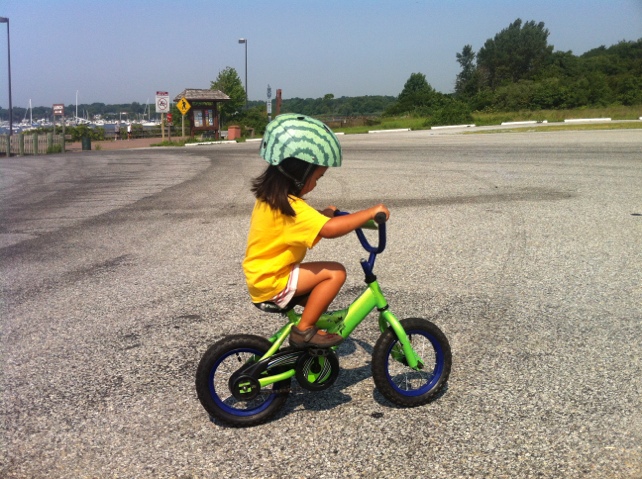 One of V’s favorite books is Vera Rides a Bike where the main character loses a beloved tricycle and graduates to riding a two wheeler. I’ve mentioned before at V was the kind of toddler who was content to sit on the benches and snack. A bit too much like her mama, which is why Tig–who was captain of the ultimate frisbee team in college when I met him–is in charge of phys ed.

Side note: I distinctly remember a bike ride (pre-kids) where on an uphill climb Tig chirped, “You’re doing great, babe.”

Even though my daughter sat quietly on the bench as a toddler, I’ve learned that the gears are turning furiously in her head. Once she hit three, it’s as if her body sprung alive and she wanted to tackle physical challenges. She had been watching closely as a group of friends (some older, some peers) first rode balance bikes, then real bikes.

It took her months of borrowing friends’ balance bikes before she stopped looking like a little granny walking it. And right before cruising, she learned to ride a bit on a tiny borrowed bike one afternoon. V has been wistfully wishing for a bike ever since. So as an early birthday gift, we got her a 12″ bike from the great mall of Craigslist for $20. 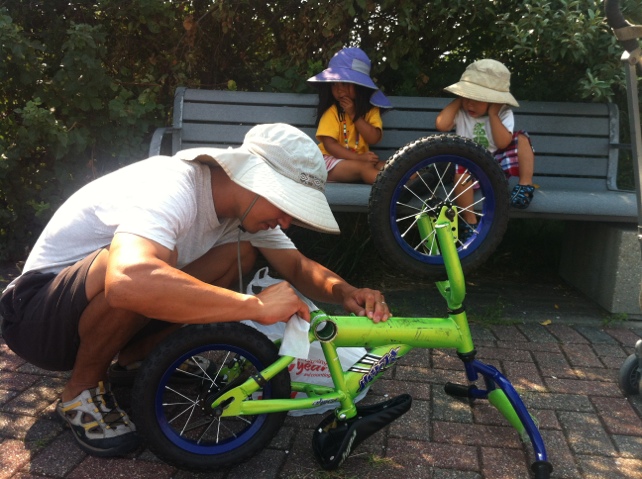 She struggled a bit with the new bike, so Tig wisely pulled back and took off the pedals. She rode it as a balance bike a few times. Then, in Staten Island, he put the pedals back on. Unlike the character Vera, V was able to ride and stop. But she couldn’t start yet. It was both scary and frustrating for her. 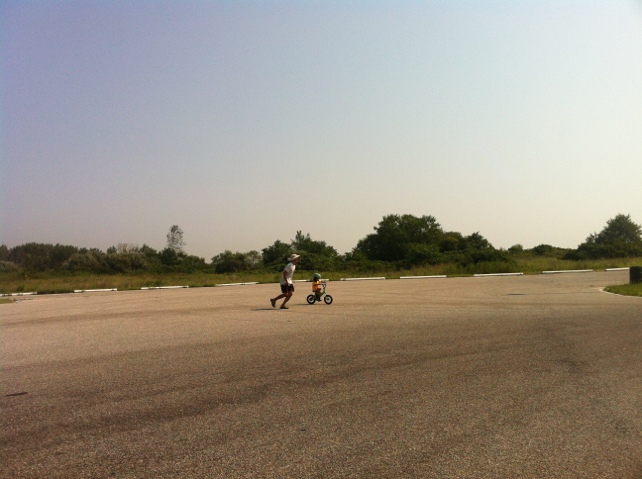 I was off in the distance as daddy was working with her. Then I saw her push off and start on her own. Tig sidled up to me and whispered

I was up there talking to her about how to start. Then she said a loud, ‘Humpf!’
I asked her what was wrong.
She said, ‘I just want you to be quiet.’
So I was quiet there for a minute while she stood there. Then she took off.

Well, she is my daughter.

One Reply to “V rides a bike”