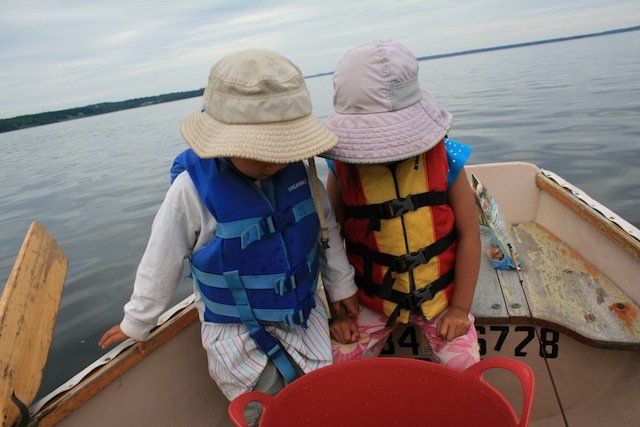 Tig took the kids fishing last weekend. He tells me that he only knows how to fish from a boat. So they got in a dinghy and he rowed with V casting the lines. 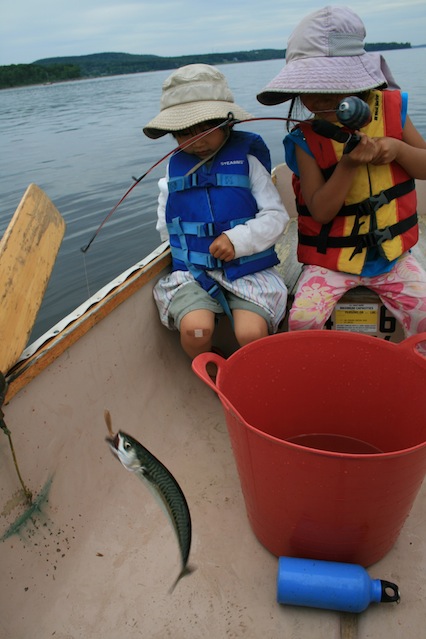 She caught two mackerels that evening. She was so proud, I heard she had the biggest grin on her face. I wish I could’ve seen it.

This week my girl has been away at pony day camp. It’s her first time away from home for a significant amount of time each day, and she was ready. Although I missed her, I enjoyed my one-on-one time with the little man O. During our time together, I realized how much he’s grown–he’s stepping out of his sister’s shadow and developing his own interests and friendships. I needed to take stock and change a few things up around here. 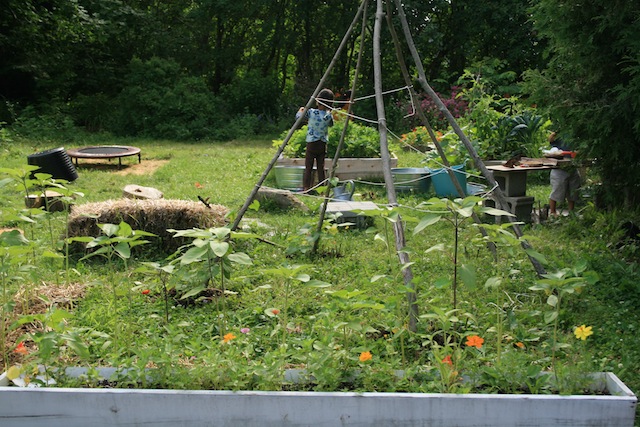 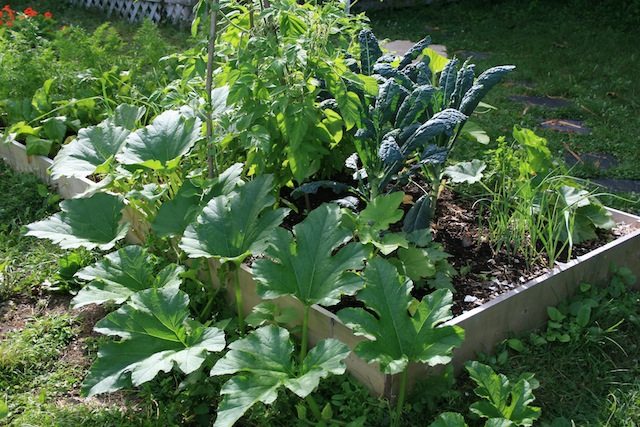 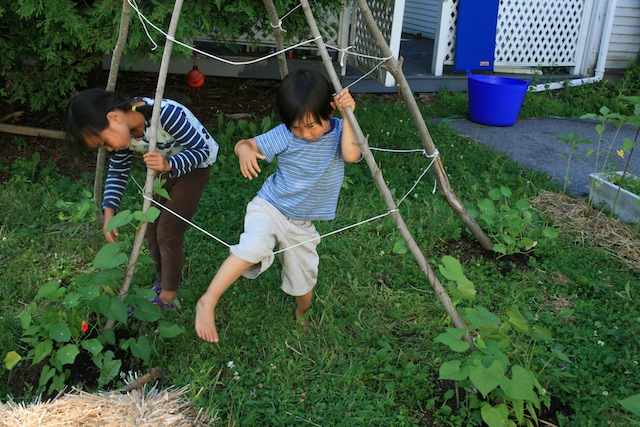 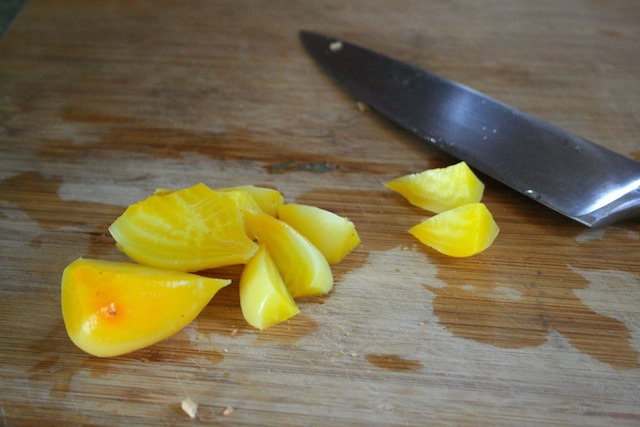 Elsewhere in the garden:

:: The weeds I thought I was growing in a box turned out to be flowers after all.

:: We had a few raspberries from the surviving canes (most of them died, revealing that the true gardener in this family is not me).

:: The pumpkin and kale are making a good showing.

:: The sunflowers are getting taller, they just might make it.

:: The vines are growing up the tipi (V dutifully winds trains them up) giving the kiddos a preview of a future hideaway.

:: The strawberries are slowing down, but they’re shooting out lots of runners.

:: Our blueberry bushes are turning red in the leaves…hmmmm, what are we doing wrong?