Another story from our “Don’t Be That Guy” series:

We were leaving the Deltaville, VA channel on a brisk October day last year when we felt a thump bump. Despite Tig and my best efforts to stay on course, the wind managed to push us aground between channel markers.

Tig tried turning hard right and powering off, but we were still stuck. Reverse. Still stuck. The kids looked at us expectantly from their carseats. They knew something was up. After a few more attempts, we called Towboat US. They were twenty minutes away.

But Tig did not like waiting around like a damsel in distress. He sprung into action. First he threw down the dinghy halves and assembled it together. Then he attached the main halyard to the dinghy. With our little two horsepower put-put dinghy motor, he pulled as hard as he could perpendicular to our boat. I could feel Wildie bobbing slightly and then, “We’re free,” I called out.

I pushed the engine forward and headed for the next marker. It was getting closer. I looked over the side. Tig was still attached. His weight on the dinghy kept the halyard taut, preventing it from coming free.

He’s still in the dinghy, attached to the side of our boat. “Keep going,” he said. 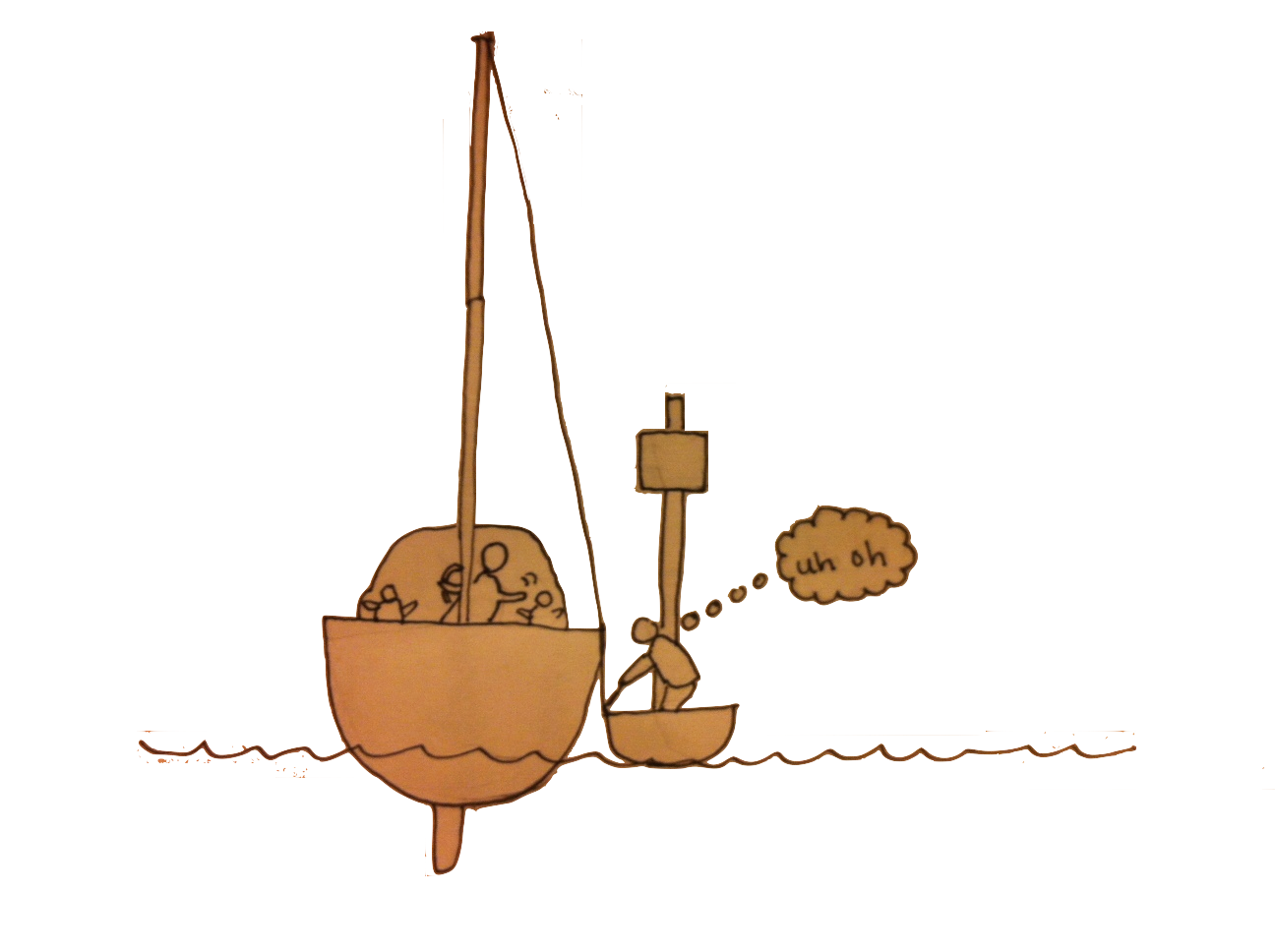 I kept going. The channel market looked awfully close. Tig was jumping up and down on the dinghy to get his weight off. Jump. Jump. Jump. I envisioned him *splat* on the post like the Wiley Coyote, plywood splinters flying everywhere.

Little by little, I was unconsciously inching to the left. Bump.

I ran aground again.

Gritting my teeth, I turned right and plowed off.

The marker was getting closer.

“I’m off,” Tig yelled, “You’re on your own.” I saw our little yellow dinghy, finally detached,  veer off to the right.

There I was, driving away to the next marker, my two kids looking at me from their carseats with great interest. Tig was circling behind me shouting words of encouragement which I couldn’t hear above the engine rumbles.

Channel marker 7 passed. I turned and passed marker number 5. Then the next one. Then we were out in Chesapeake Bay.