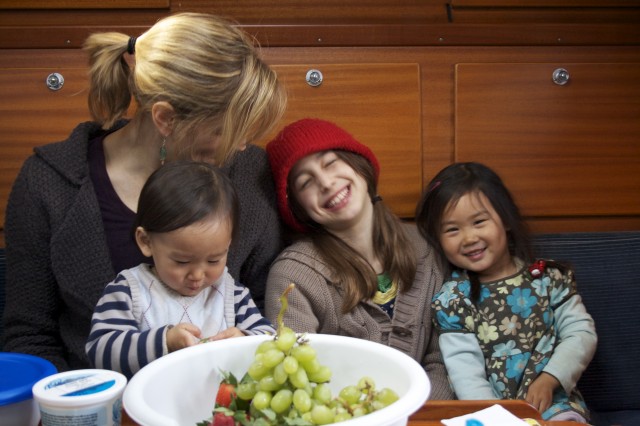 V misses her Big Girl friend Miss A like crazy ever since we moved. So we were thrilled when Miss A and her mother, Chris, came over for brunch this weekend.We spent some time catching up on laughs. O immediately took to Chris (she’s a school teacher and has that magic touch). 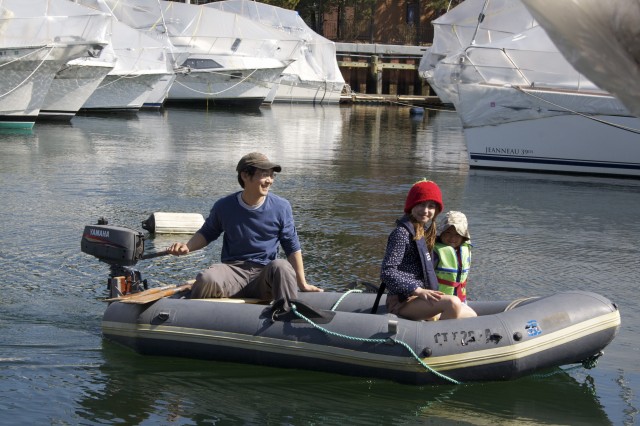 After a late brunch, Tig took the girls on a dinghy ride… 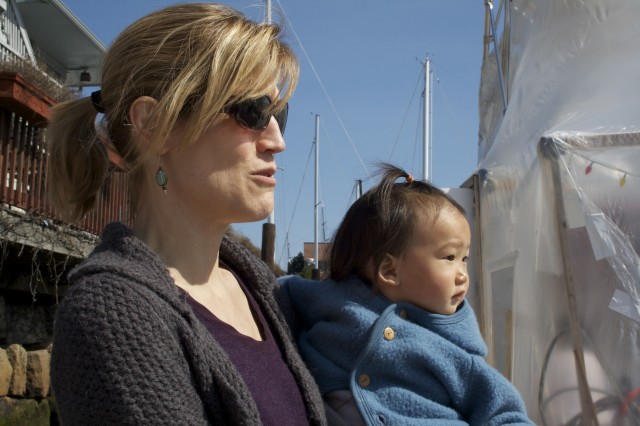 …while Chris and O watched from the docks. 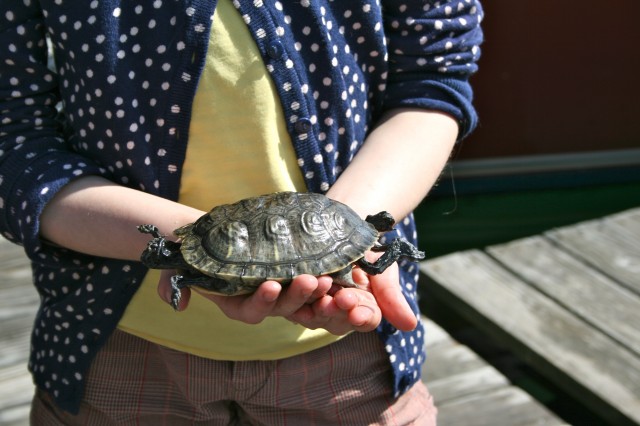 V and Miss A were fascinated by a dessicated turtle that A “found” on E dock. I was trying not to gag the whole time. After much debate, it was decided that the dead turtle would be buried in A’s backyard. After a year or so, hopefully the body will have disintegrated–eaten by bugs–and the shell will remain. 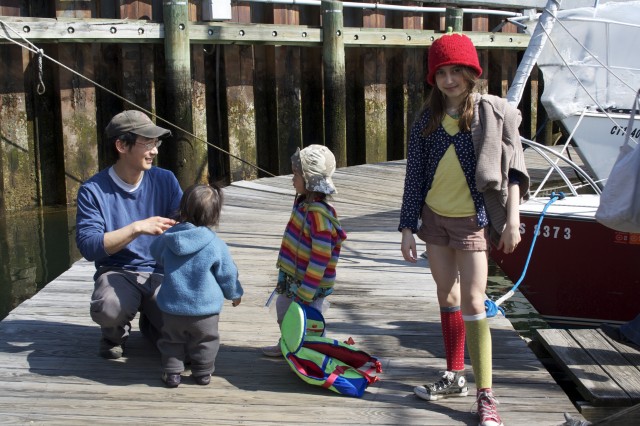 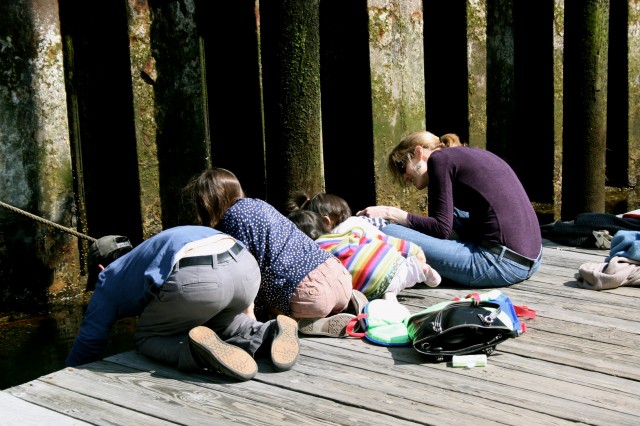 The gang turned to nature hunting out on the docks. 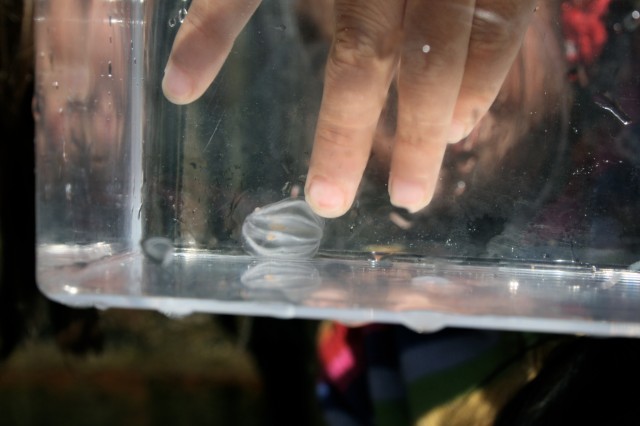 We captured (and later released) a couple of baby jellyfish. Yes, spring is here. Soon, they will bloom and fill the marina waters. 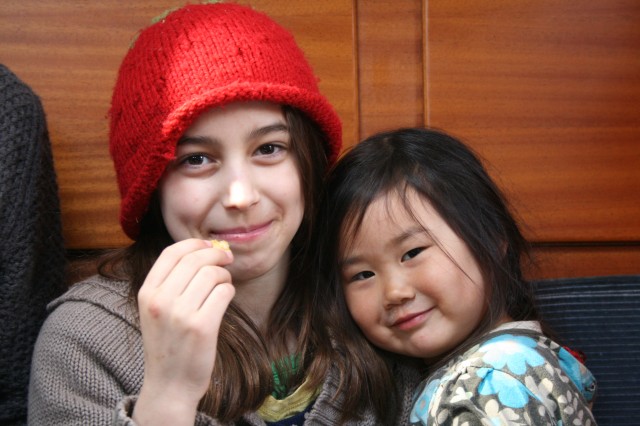 Thanks for visiting, we hope to you see you again soon!

One Reply to “Big girl love”