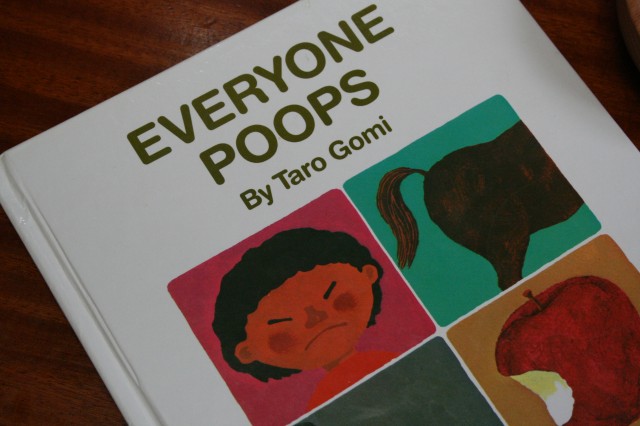 I’ve hesitated to talk about what we are doing on the pottying front, mostly because parents are notorious for talking about their children’s bodily functions way too much. But I figured some people might have questions about babies and diapering aboard. So if this doesn’t interest you in the least bit, you can skip this one and follow our dinghy saga instead. 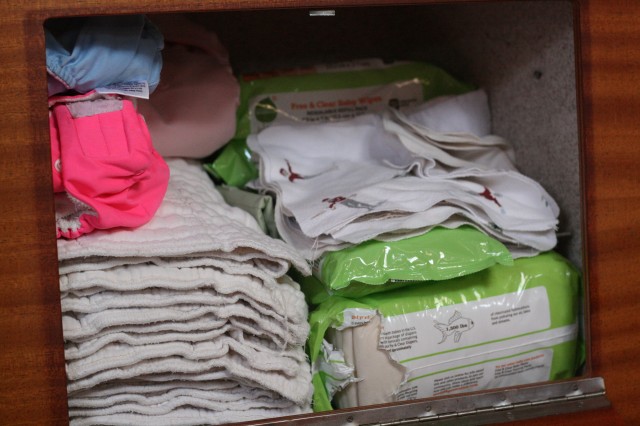 Right now we’re taking a multi-pronged approach to O’s diapering needs. We have flat indian diapers from our landlubber days. They are thicker and more absorbent than the Chinese prefolds. Those are paired with Bummis and Imse Vimse diaper wraps. We also have a half dozen pocket diapers (our favorites are Bum Genius) for convenience and some disposables for nighttime.

But our main focus is on EC’ing (“Elimination Communication”). The results have been a mixed bag. 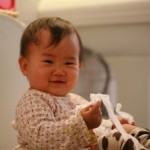 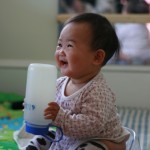 We’ve been EC’ing V since she was only a few weeks old. In the pictures above, she is about nine months. With two adults on one baby, it worked out well for us. By one and a half, she was out of diapers during the day. And by two, she nighttime potty trained herself. This is not to brag or anything, that’s just how she rolled. 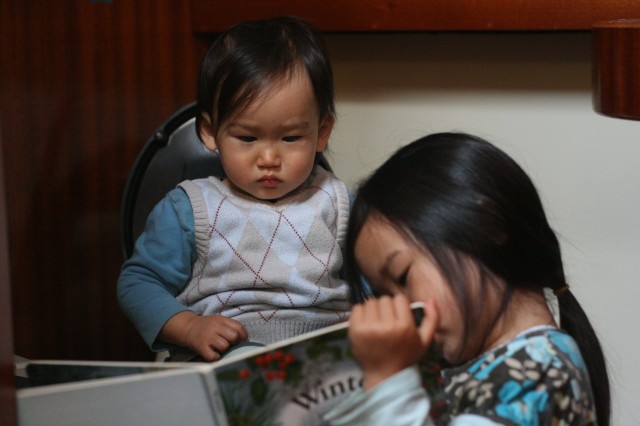 With O, it’s been a bit slower. It could be because he’s a boy, or because there’s only one half-vigilant adult watching two kids now. At any rate, it’s been a longer slog through pottyland with him. At one point, we had 95% of the number two’s down, but recently we’ve had a regression and a potty strike. All our EC’ing resources say to not make a big deal of it…so we soldier on. I’m getting new books to spice up potty time, and V gets in on the action and reads to O. Heck, I even entice him with treats on the potty (I never did that with V!). But in the end, he will do it on his own timeline.

As for washing our diapers, we cheat. We use the laundry at our house. And sometimes our good friend lets us use his laundry machine. We haven’t exactly figured out how to wash the diapers when we are underway. 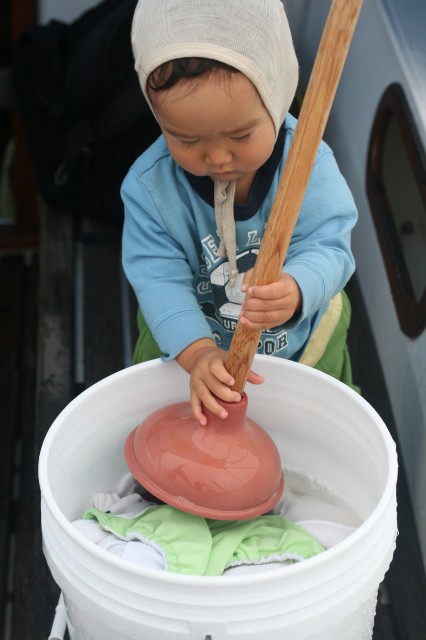 5/21/12 update: Little man, now 20 months, made the leap to undies during the day, yah! We still use pocket diapers during naps and disposables at night.

2 Replies to “Potty talk: our diapering adventures aboard”