So we lied. It was not our last overnight after all. We couldn’t resist another trip to Peddocks and planned to meet up with Steve and Dan at Portuguese Cove. After an “easy breezy” sail on mostly a close reach, we anchored and dinghied to the beach for lunch and bit of exploration. 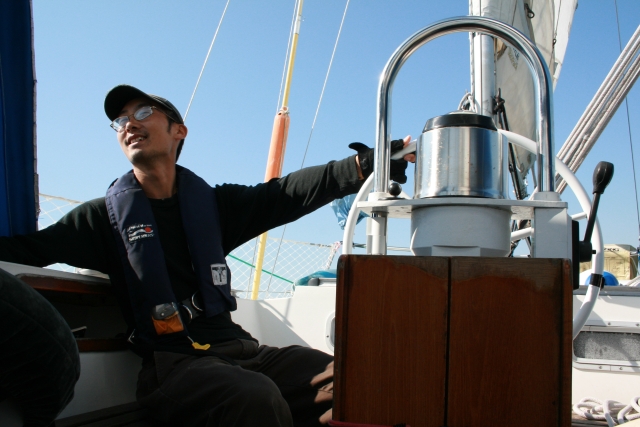 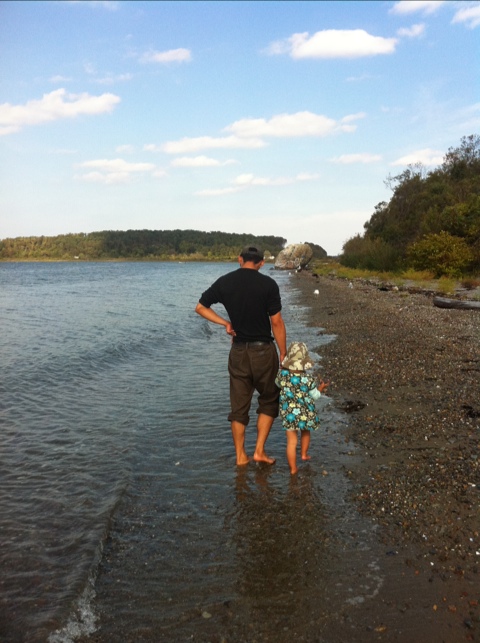 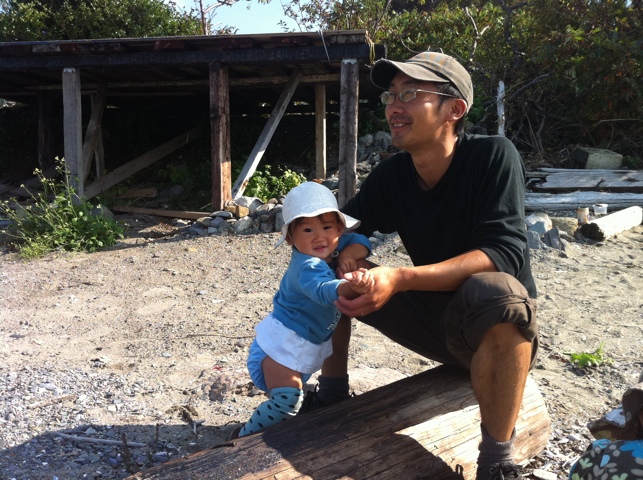 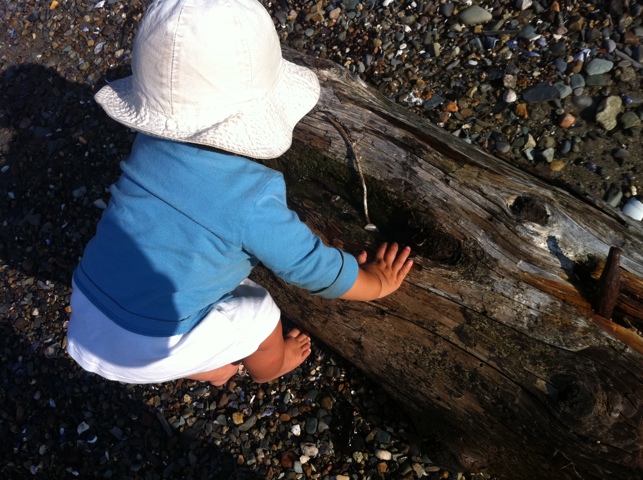 My “mama alarm goes” off
After settling back into our boat an putting O down for a nap, Tig and I decided to reset our anchor. We were working diligently when half an hour later, my mama alarm went off. It had been eerily quiet. I had put a life jacket on V and tethered her to the helm. Where was the usual non-stop chatter and barrage of questions? 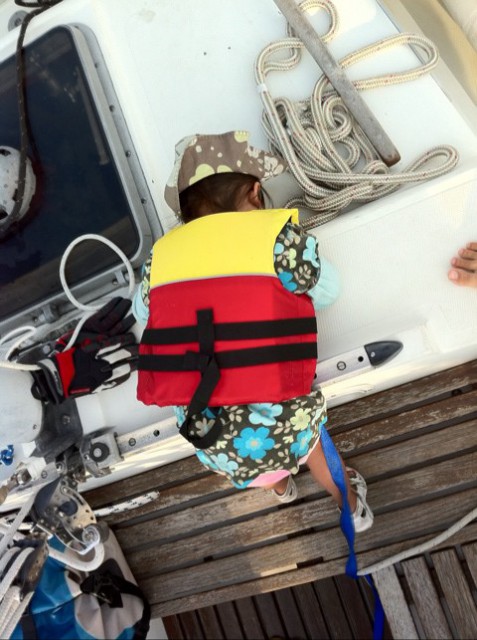 The poor girl who said she didn’t want a nap was slumped over face down and fast asleep. I gathered V into my arms and settled her into her carseat–after Tig and I had a good laugh and I snapped a picture.

Tying off (or not)
I could see a familiar boat in the distance. Looking through binoculars, Tig and I wondered aloud to each other. It looked like Steve’s boat, but it was behaving erratically. “Maybe they’re doing man overboard drills,” I said hopefully.

Steve and Dan pulled up next to us half an hour later. “Easy breezy sail?” they exclaimed, “We’ve been working hard.” I asked what they were doing out there. “I caught my fishing lure in a lobster pot,” he replied.

As we were struggling to tie the two boats together, Tig noticed Steve’s boat bobbing like a cork next to us. “You’re a heavy displacement boat,” Steve protested, “mine is a light boat. This isn’t going to work. Your boat isn’t even moving!”

Tig and I looked at each other. If we were tossed around in Nahant, imagine what it would have been like on a lighter boat! Even though we grit our teeth when boats are passing us by (oh, what could it be? The high freeboard? The heavy displacement? Or the novice sailors aboard…ahem), we were glad our boat had some heft for the kids’ sake. 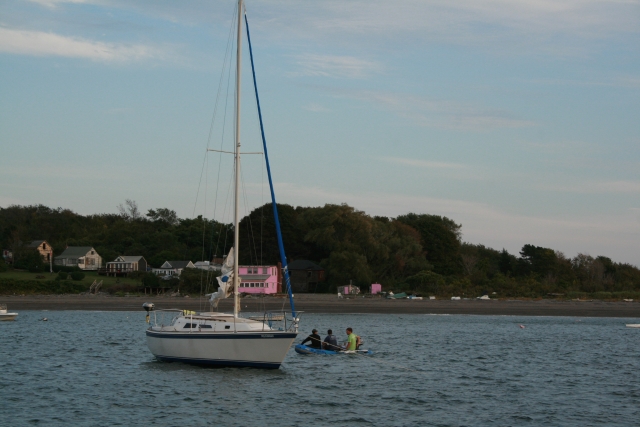 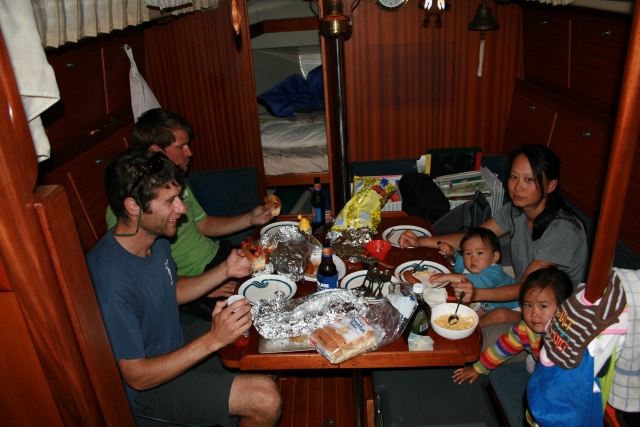 Dinner with Click and Clack
Steve and Dan anchored out near us and dinghied over for dinner later.  There were chips, beer, sausages, bluefish, mac and cheese, roasted veggies, and apple pie involved in this celebratory meal. Steve and Dan were like the Click and Clack of sailing, providing us with hours of entertainment

Steve: I’m going to dinghy over to my boat to bring back my beer coozy. And my dog.

Dan: Did you get the beer coozy?

The next day we *raced* home and shamelessly motorsailed all the way back in light winds.