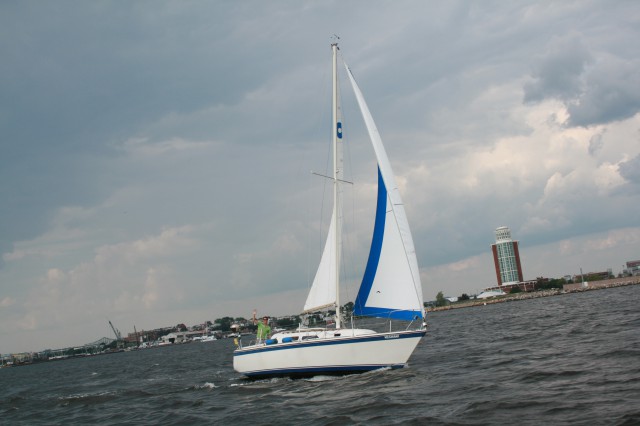 On Thursday afternoon, we set out for an overnight farther out in the Harbor Islands. Our friend Steve and his faithful companion Lily sail alongside and escort us out to the end of the airport. 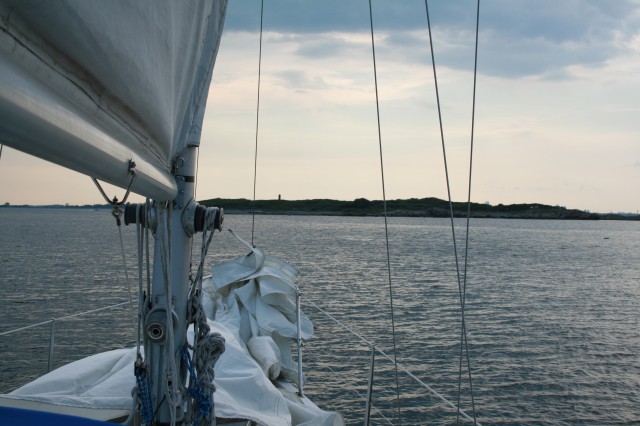 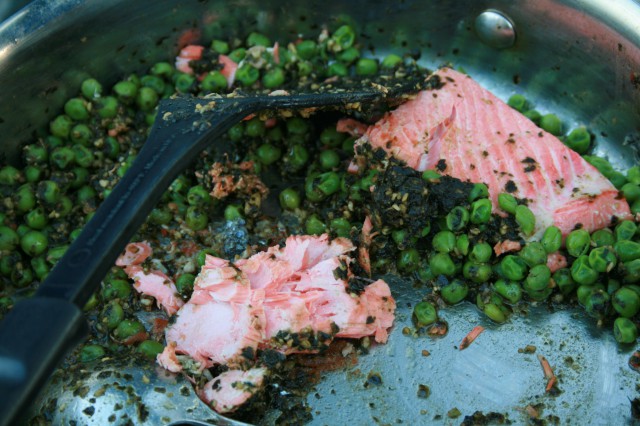 The winds were favorable, and we got to Calf Island by the late afternoon. After anchoring out, Tig rustled up a yummy dinner of salmon and pea pesto pasta. 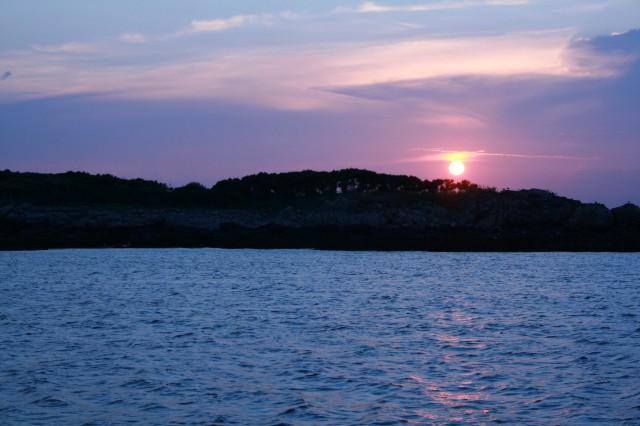 We watched the sunset over Calf Island in peaceful surroundings. I told V–her arm curled around my neck–about how the sun puts on his red pajamas wraps himself with a colorful blanket before going to bed. 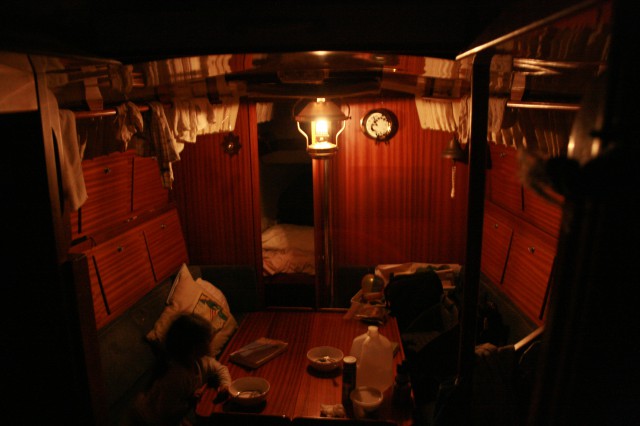 We treated anchoring out as a special night. We lit the oil lamp, had an after dinner snack of watermelon, and sang songs. Then, when the sky was dark, we went out into the cockpit and serenaded the stars with our rendition of “Twinkle Twinkle Little Star.” 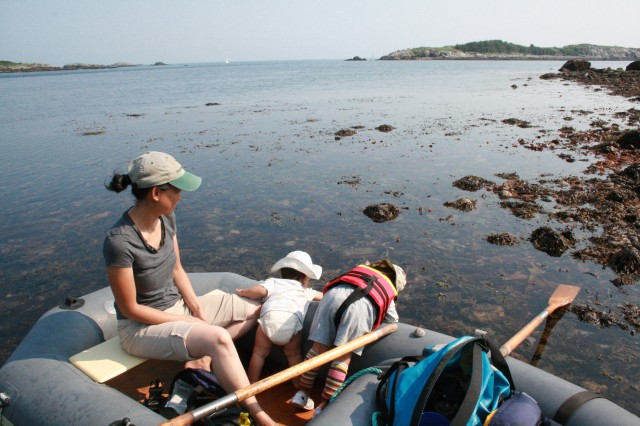 The next morning, after a breakfast of french toast, we rowed out in our dinghy, hoping for a spot to land on Calf Island. The low tide and rocky shoreline made it impossible, so Tig rowed us out to Greater Brewster Island. Lil’ man O started pitching a fit in his lifevest as we fought a current between the islands. As his screams reached a crescendo, a shallow tidepool unfurled beneath us. 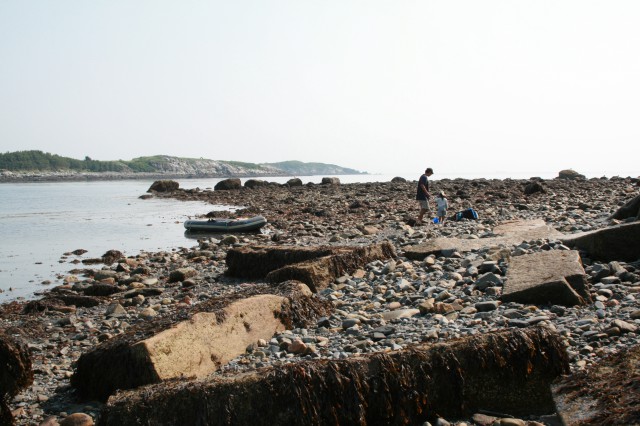 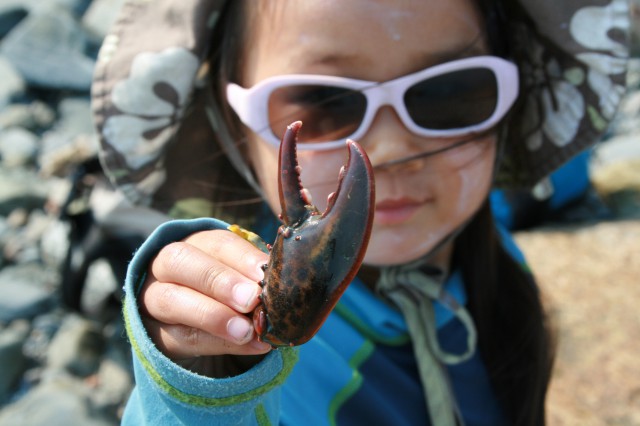 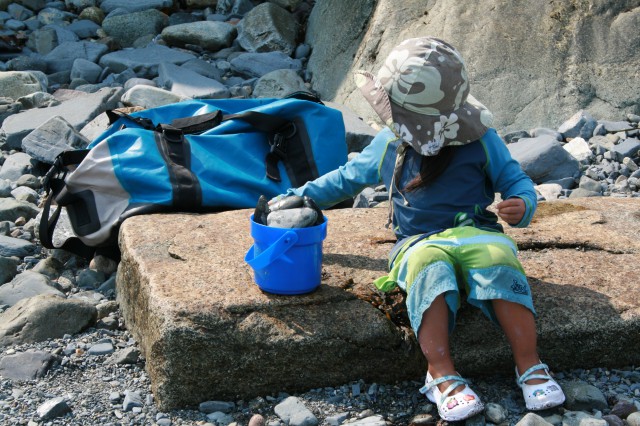 Tig caught two small crabs in V’s bucket. “Mama, look at this,” said V. “I’m putting rocks in the bucket so the crabbies can hide.” 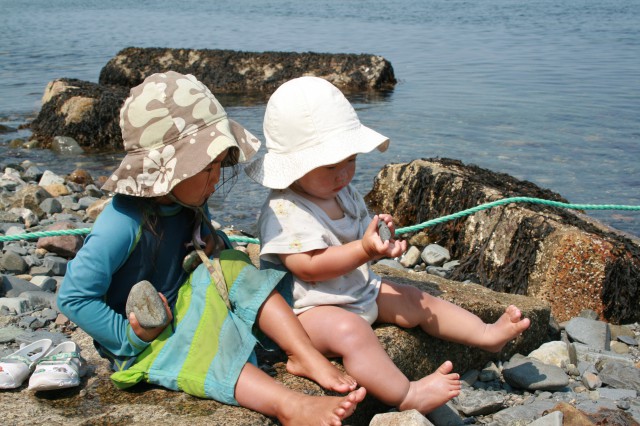 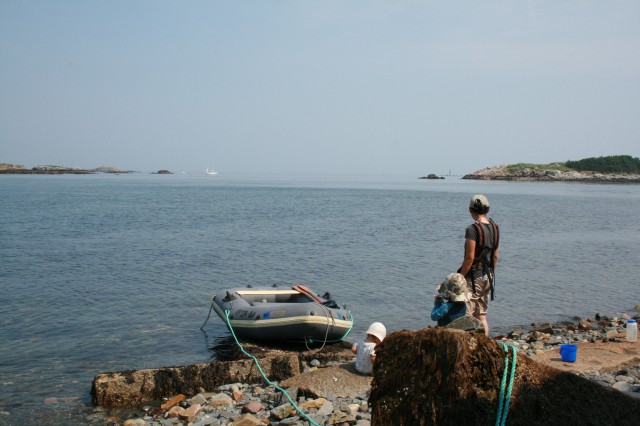 As the tide came up, we packed our bags and rowed back out to our sailboat (can you see it in the distance?)

After lunch and nap, we sailed back. Around Deer Island Light and Nixie’s Mate, we hit a thunderstorm that included distant lightning and 30 knots of wind. At times the poop did hit the fan. We did manage to turn on the engine, drop the sails and head out of the bad weather, but it was more excitement than we would have liked. As relatively new sailors, we still have a lot to learn (note to self: if you see lightning in the distance, start the engine, prepare to reef the main and drop the genny asap), but these lessons are seared into our memories.

3 Replies to “Calf Island and a stormy ending”