Also known as “The Cousins Trip”

I grew up with many (many) cousins. We played, fought, got in trouble and argued with each other over the years.  I have fond memories of family gatherings, sleepovers and trips together. Having a large extended family, with all the stuff that comes with it, was a helpful buffer against my suburban white middle/high school existence.  I had people who sort of got me, even if we didn’t always get along.

Within one generation, thanks to family planning and birth control, my kids don’t have any first cousin’s now. So in a way, this trip might be called the “cousin’s trip” since we tried to visit as many cousins on both sides as we could. Both V and O have not spent any significant amount of time with these awesome human beings, so we were excited to have some quality family time. 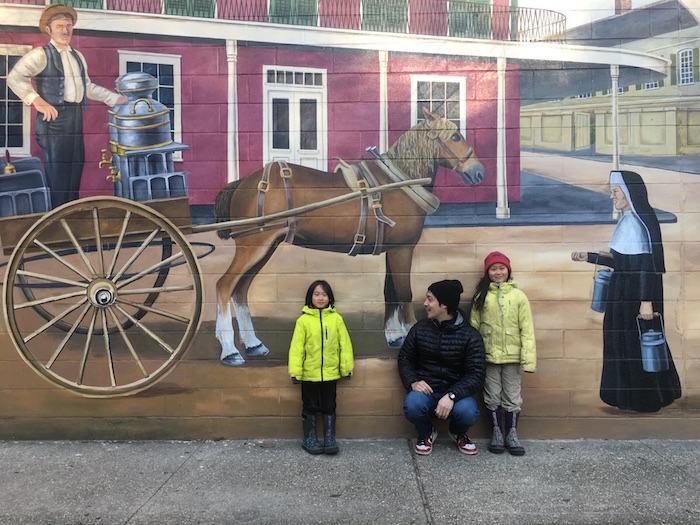 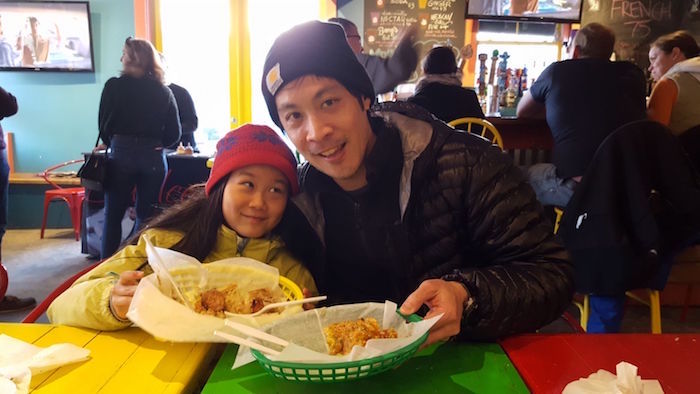 We visited my cousin Derek in New Orleans. We hung out, rode the trolley and ate alligator and crawdad hot dogs at a joint called Dat Dog. 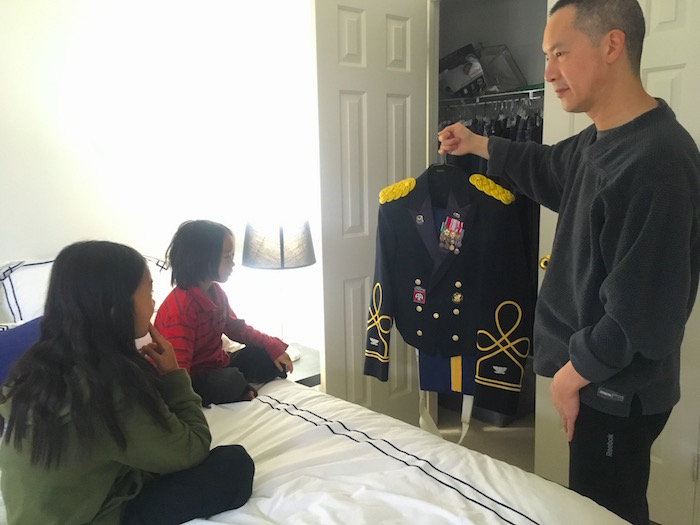 My cousin Mike is in the Army JAG corp, so we got to pepper him with all sorts of questions about military life. He showed my curious kids his uniform and gave us a tour of his army base in Virginia. 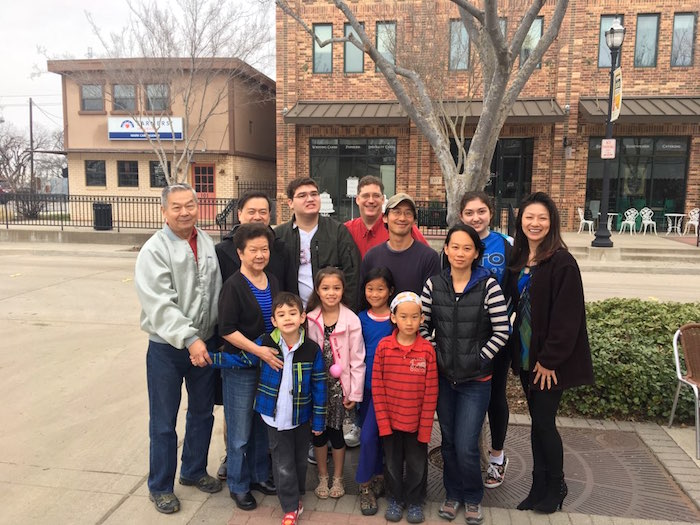 Of course we got to visit Tig’s cousins Julie and Bobby in Texas, as well as his Uncle George and Aunt Shirley. We haven’t seen them in years, so it was a mini-reunion. 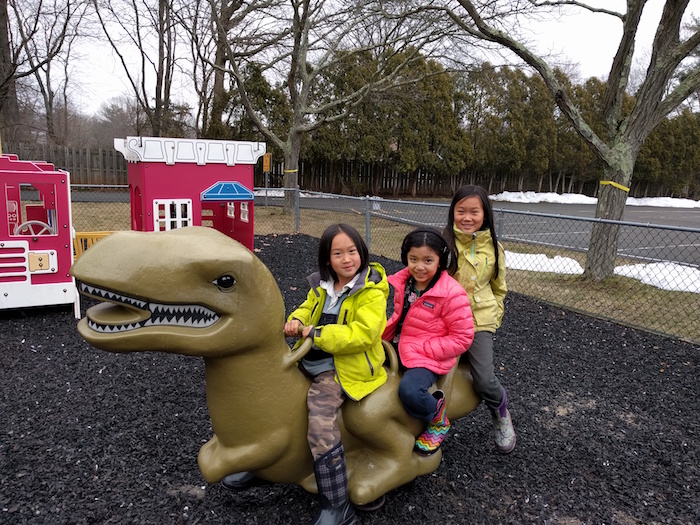 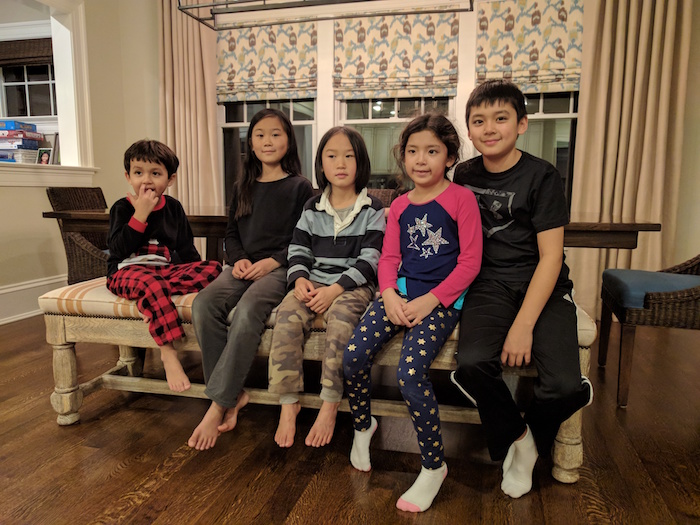 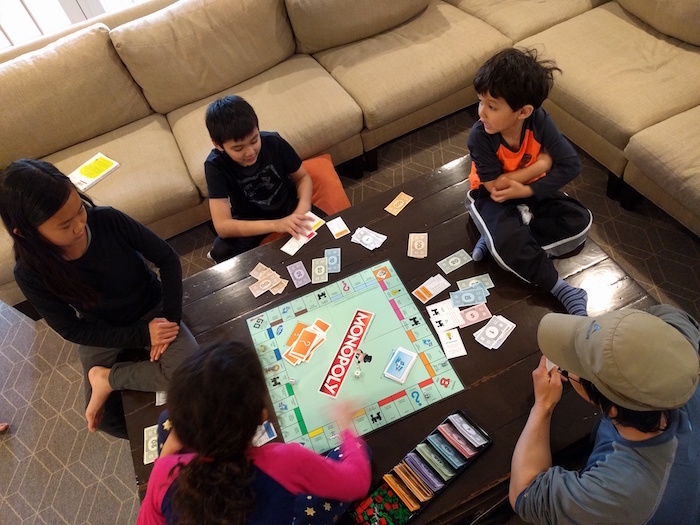 We visited Tig’s cousin Julie and her family in NJ. The kids had fun playing with their second cousins. We had a very raucous game of Monopoly. O enjoyed riding in their toy sports car. 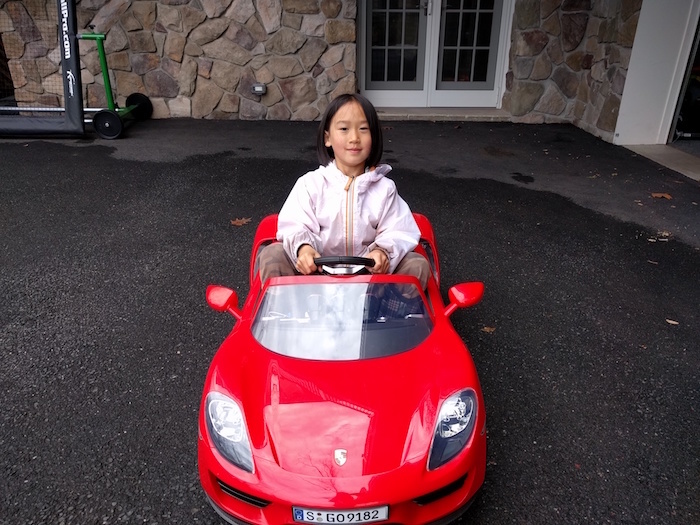 We also got to see the grandparents and had a fun time at Benihana (I’ve never been, so it was entertaining). 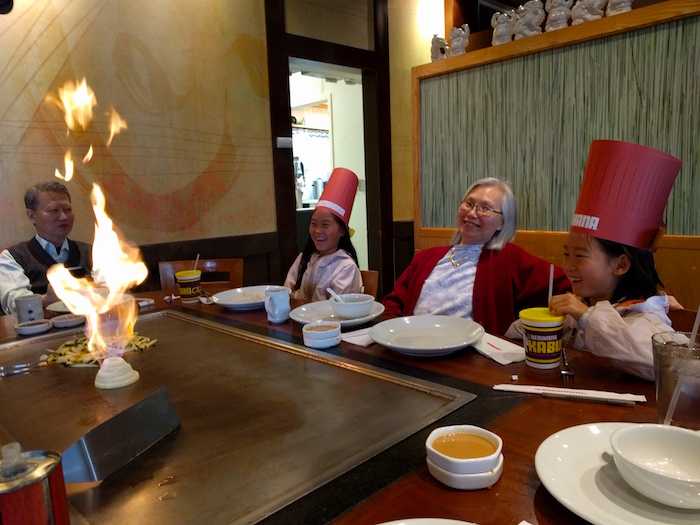 And I’ll end it here at “onion volcano.”