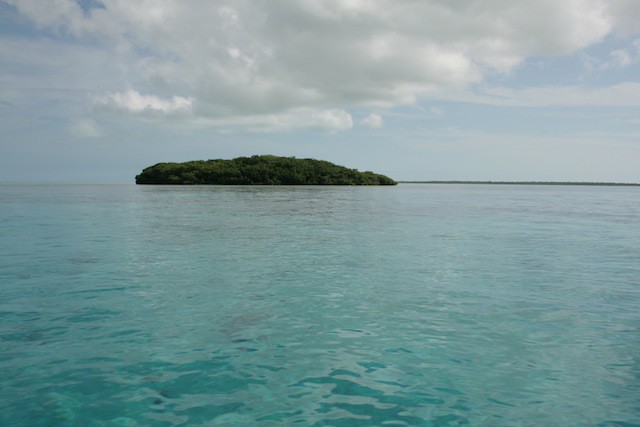 We had left Key Biscane (No Name Harbor in Billy Bragg Cape Florida State Park) at 3am to cross the Gulf Stream. It was a moonless night, and nine sailboats were anchored outside, staging for a morning crossing. There were a few tense moments when we realized some of the channel markers had moved, and we had to search for them with a spotlight. It didn’t help that we were hobby-horsing and waves were crashing over the bow. The crossing was rougher than we anticipated.

By early morning, the kids woke up, and threw up despite the Dramamine I gave them; and I wasn’t feeling that great myself. Once in the cockpit, though, they each found their own comfortable spot to rest.

Around 8:30, we caught a mahi-mahi. It gaves us a little excitement and perked us up a bit. 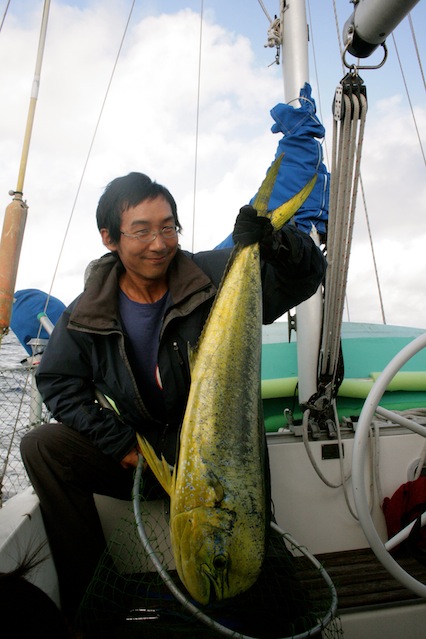 As the day wore on, the motion eased and we felt more comfortable. Seeing Bimini buoyed our spirits.

As we entered the channel, I went to the bow for visual navigation–I’m pleased to report that I didn’t flip out like last time. I was happy to see the familiar sight of the Big Game Club, which we anchored near. Tig knew where to check in at Customs and Immigration, and where to get a Batelco SIM card for data. 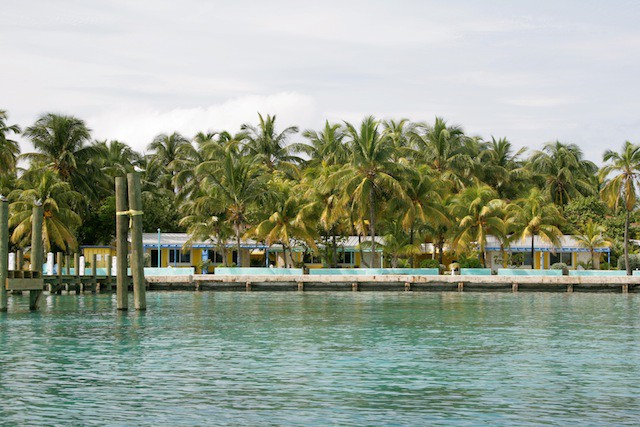 The turquoise waters is just as beautiful as I remembered it. It’s like color therapy for my soul.

There were a couple things we looked forward to in Bimini that didn’t quite pan out: going to Radio beach and getting some homemade guava ice cream.

Last time, we found lots of treasures at Radio Beach, but, three years later, we found it bereft of sea glass and tile. We think either the hurricanes swept them away or people have picked through everything, though I did find a heart sea bean. And the little store with homemade ice cream wasn’t open the whole time we were there, so we opted for fresh made coconut bread instead.

Cruising again also made us realize the things we took for granted the first time around.

Weather. Our last cruise, the weather was amazing, sunny and dry. This time, we had days and days of rain in Bimini that kept us from snorkeling. Our bedding and clothes were getting damp and we were all starting to get cabin fever. I realized that I didn’t fully appreciate the fabulous weather we had the first time. I told myself that when the weather cleared up, I wouldn’t take it for granted.

Bugs. The wet weather also brought out vicious no-see-ums. I didn’t remember getting anything more than the occasional mosquito bite last time in the Bahamas. This time, I was getting about 20 bites on each leg, despite using bug spray. Again, I had failed to realize how lucky we were the first time. Once the wind picked up, I breathed a sigh of relief and counted my blessings.

No kids boats…yet. Last time, we had met Tommy Dundee and Night Music along the way, and it really helped our spirits to have a buddy boat and for the kids to be with other kid boats. Spending time with Night Music in Bimini was so fun, we miss them! We’re hoping to find more kid boats as we get closer to the Exumas.

On the brighter side, the kids are so much more capable! Now that they’re older, the kids sleep in the aft cabin, which gives Tig and I some adult time in the evenings.

Seven is great age for cruising (and five is better than two!) 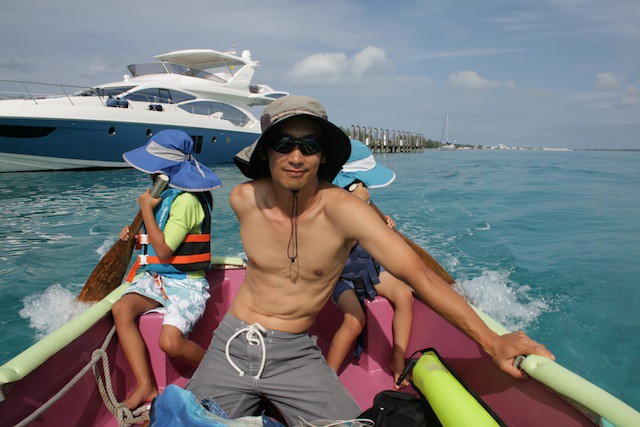 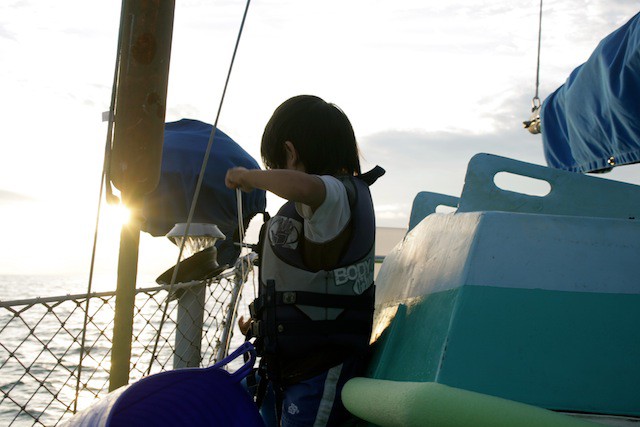 O checking the fishing lines off the stern. 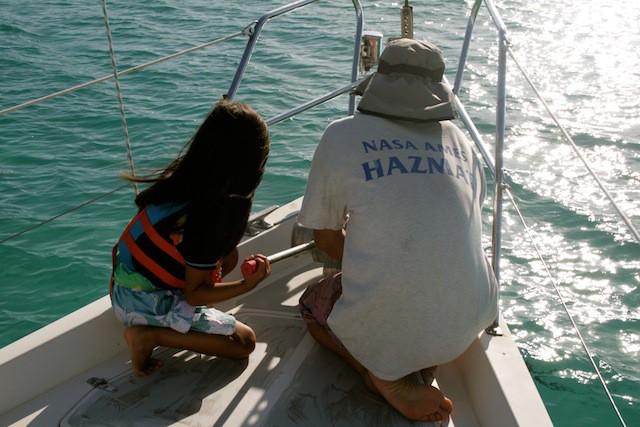 V helping us pull up the anchor.

One Reply to “Sophomore cruise: Bimini”