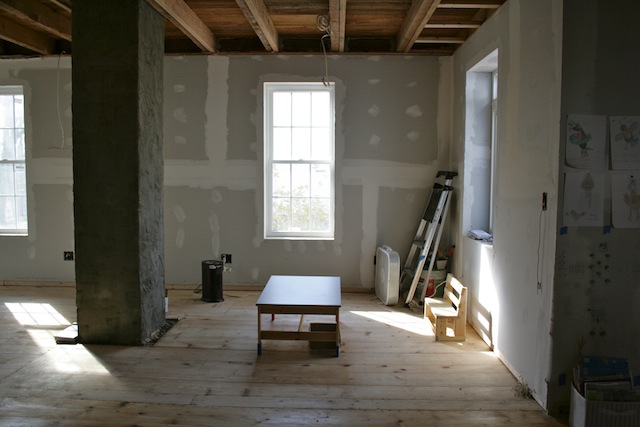 It’s been a while since I’ve done a remuddling update. The short version is that Tig finished the floors in the living room and future breakfast nook. 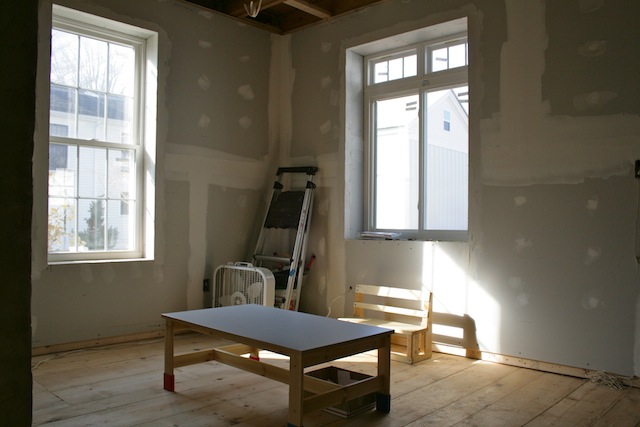 They were the same wide planks that were in the kitchen. 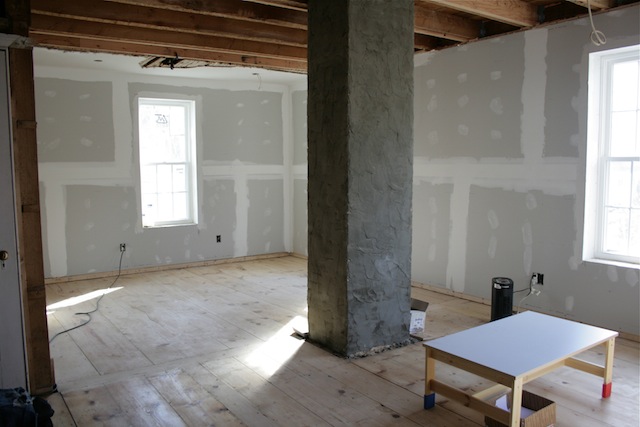 Since then, we’ve painted the walls white and moved all our crap in. I hope to have some more pictures, but it’s looking like hell in there, for reasons I’ll explain later.