Thanks to those of you who chimed in on our rogue chick. I’m happy to report that said chick has been reformed and is now with the others. It took a week in “jail” (plus salt in her water, and more protein, and who knows what did the trick) to get her to calm down and now she doesn’t peck the others eyes out. In fact, she’s now a pretty sweet one, as far as Araucanas go. 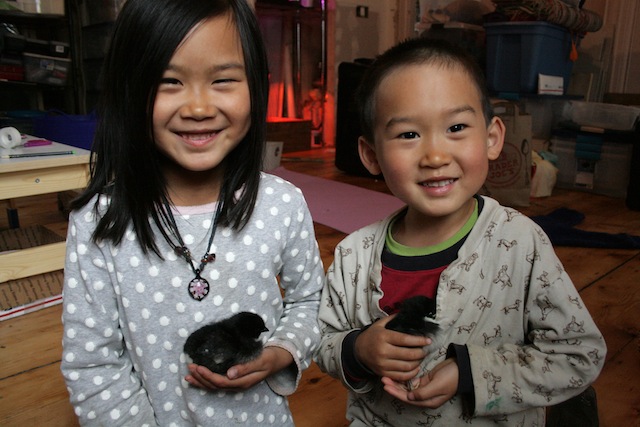 We got our second batch of chicks a week after the first. We got a Black Astralorp and a Silver-laced Wyandotte. Unlike the first batch, these young ‘uns hit the ground running; they figured out where to get the food and water pretty quickly, and were quick to roost and attempt to fly. They probably benefited from having older “siblings”. In the beginning, I was worried about the older ones picking on the younger ones but they all got along well–except for the troublemaker who was separated at the time–and there was lot of cute snuggling among the chicks. 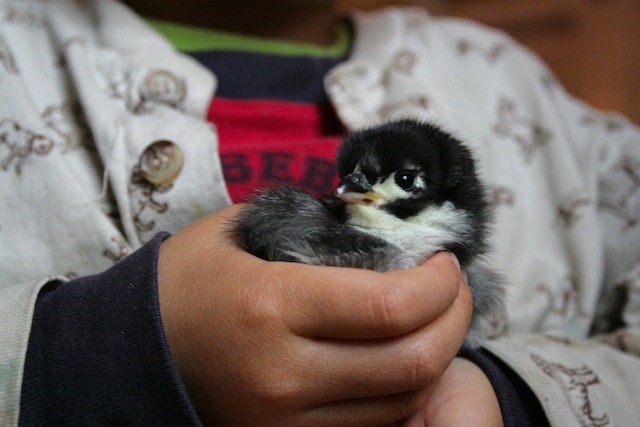 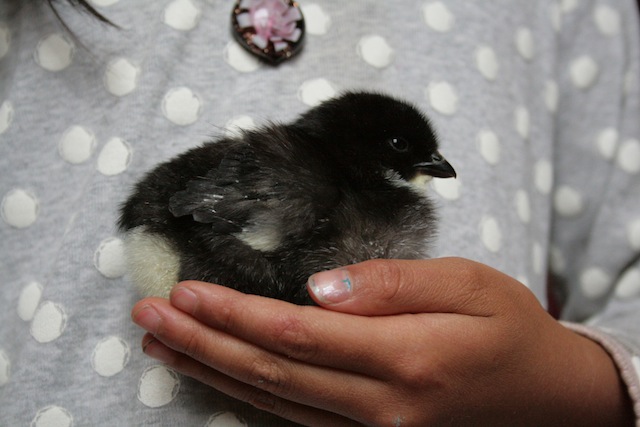 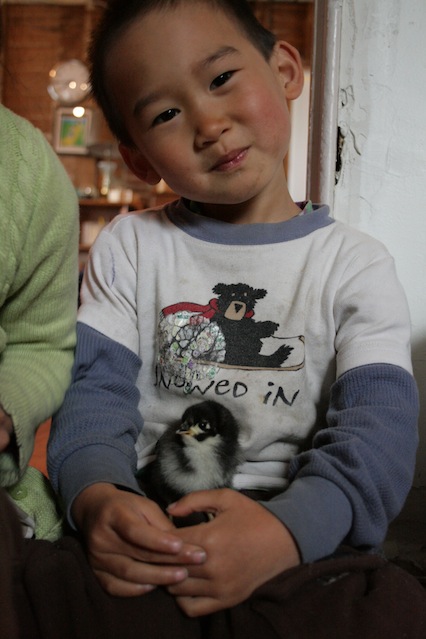