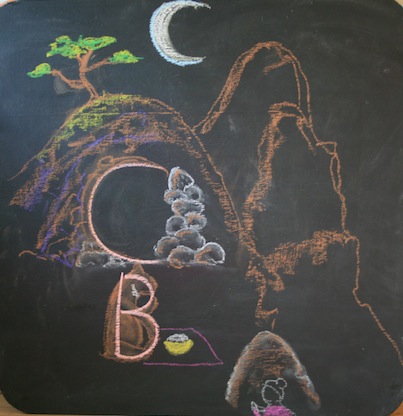 Here are my notes on the alphabet block we did this fall (we started in October and finished up in early December). I created these lessons in response to V’s request to do more writing and her desire for some structured learning. The block was patterned after an Oak Meadow/Waldorf approach, but everything was tailored to my girl.

For the container story, I borrowed heavily from Carrie at  The Parenting Passageway; the story featured a girl (who was V’s age) on a quest to learn the letters. Each week, I told a sub-story (fairy tale) and revealed the chalkboard drawing with the hidden letters. 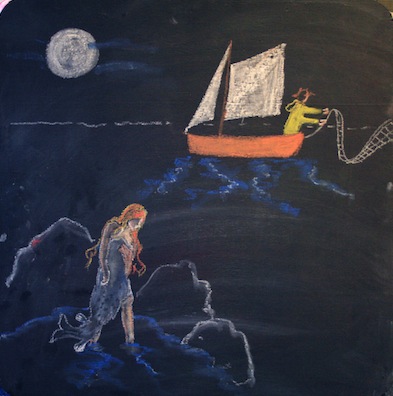 I chose fairy tales from different cultures, especially ones that were not too scary or violent for my sensitive child. 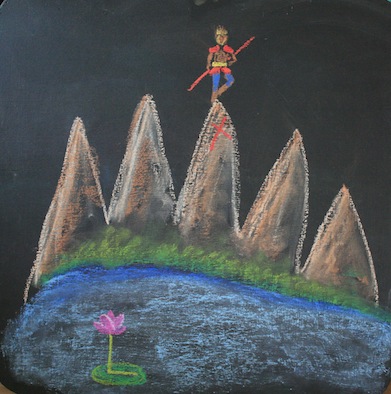 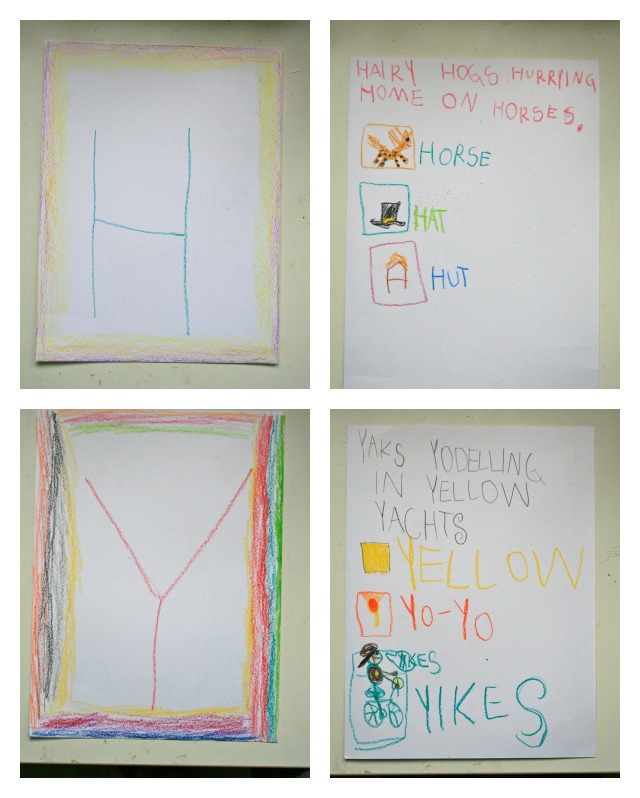 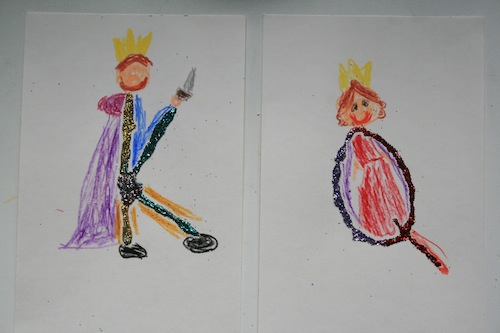 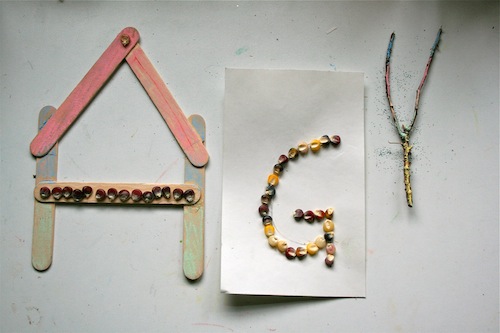 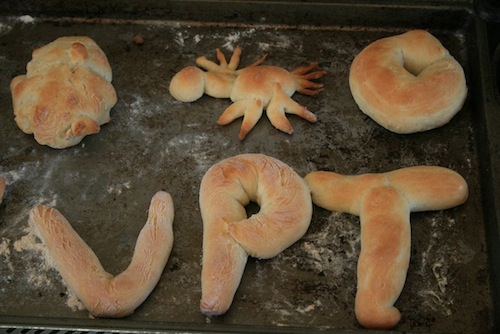 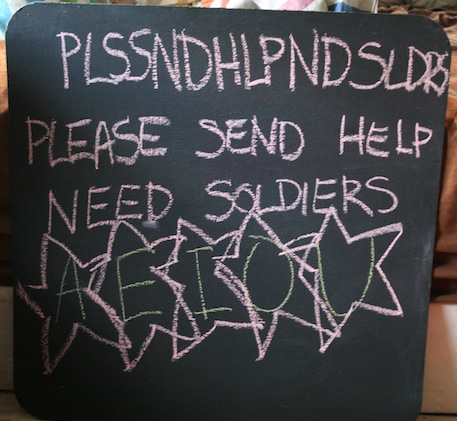 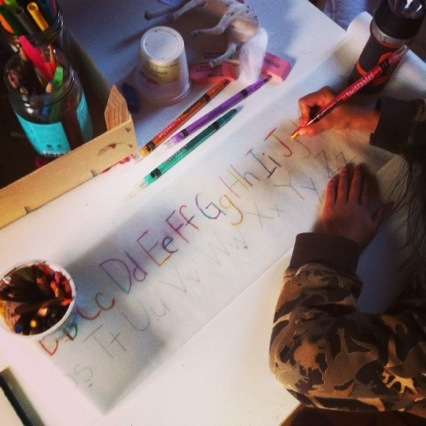 At the end of the alphabet block, V got a crown of letters like the main character in the container story. 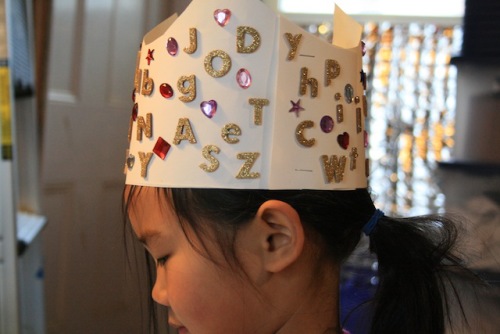 All in all, V enjoyed the block and wore her crown proudly. I had a bit of a learning curve around lesson planning and patience. I received a gift of homeschooling materials from a dear family member and we’re excited about the new year and all its possibilities.