When we were living on the boat, the kids used their imaginations and created play kitchens out of rings of gravel and juniper berries, or a brick and mulch. After all, we had sold our handmade wooden toy kitchen before moving aboard. Now that we’re back on land, I decided to create a little something for the kids. 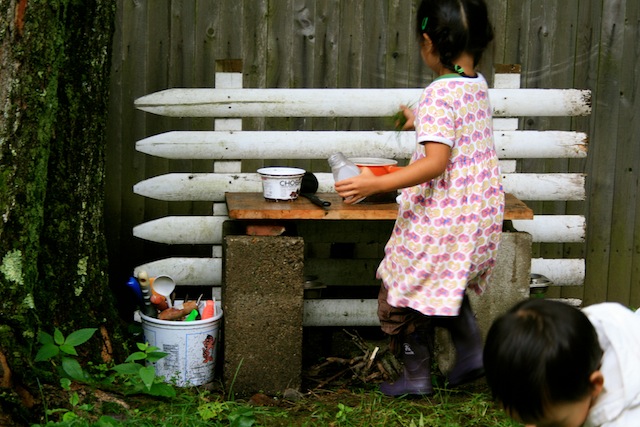 This make-do kitchen was pulled together from stuff lying around in our rental yard. Some cinder blocks, a plank of wood, a couple of bricks. The burner is a metal car part. And the back is a piece of fencing (which has been removed since the photos were taken). 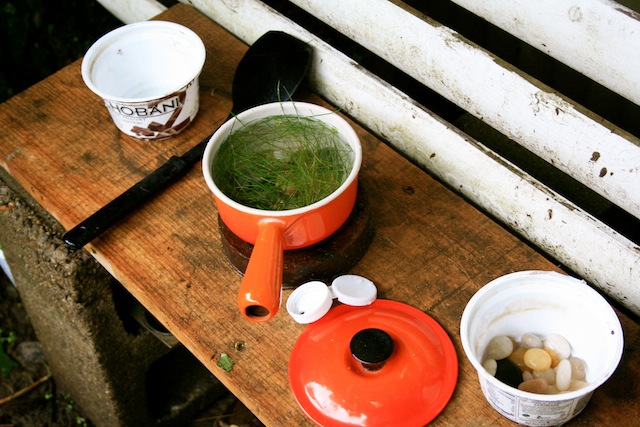 Instead of an heirloom wooden kitchen, I gave the kids our heirloom Le Creuset pots and pans, which were too small for a family of four. The funny part about the cookware is that it was a wedding present that sat in my parents’ garage for thirty years. I had been saving it for V *someday* when she’s setting up her own household, but decided that now was better than some imagined future. 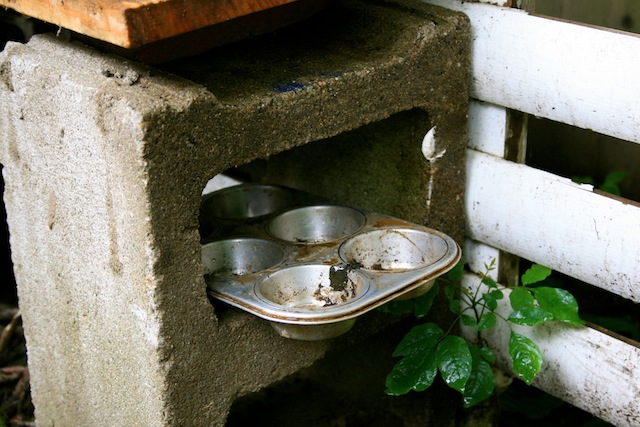 Thrifted muffin tins, measuring cups and utensils round out the collection. 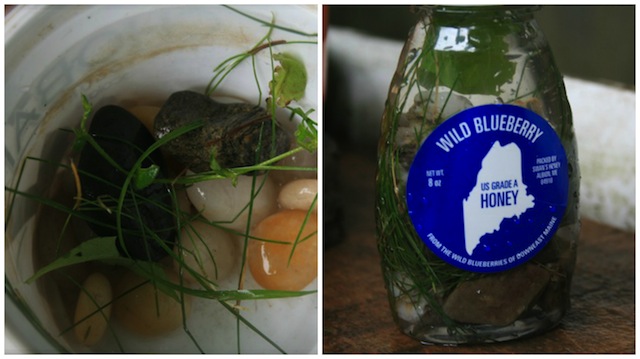 A little lemongrass stone soup and “protein maple syrup,” anyone? 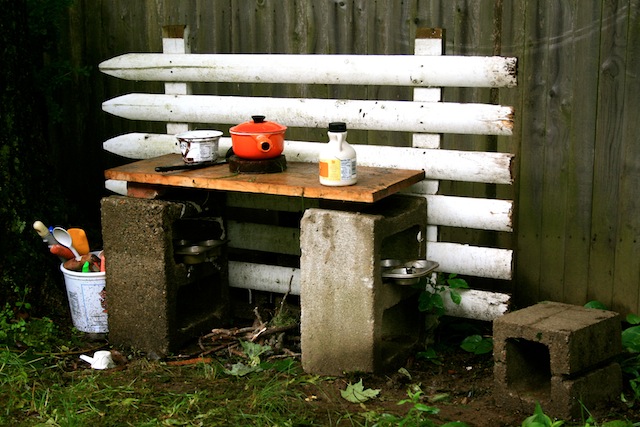 No, it’s not beautiful or expensive, but it feeds their imagination. I enjoyed these budget-friendly resources on outdoor play kitchens: