They kick, scream, throw tantrums, whine, cry, hit, and pout just like all siblings. But when they get along, it’s like a dream, a 15 minute one. 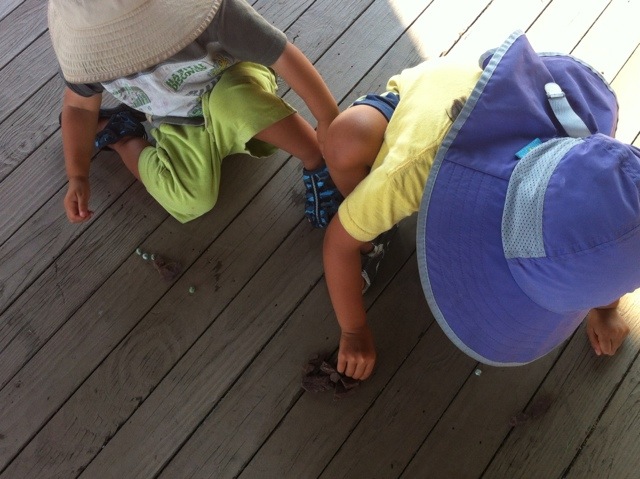 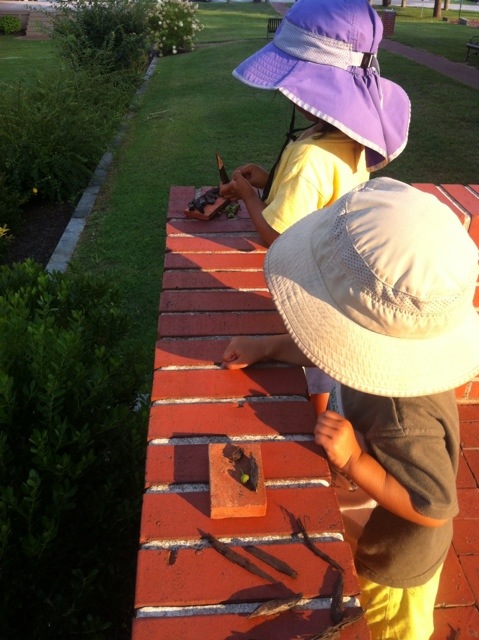 In Chesapeake City, V commandeered a little performance stage thingy and called it their house. A ring of gravel became a stove. Juniper berries and rosehips, the meal. An expensive wooden play kitchen? Fuggetabout it. How about a brick as a cooktop with some mulch for food? The little man follows every move she makes, determined to catch up. 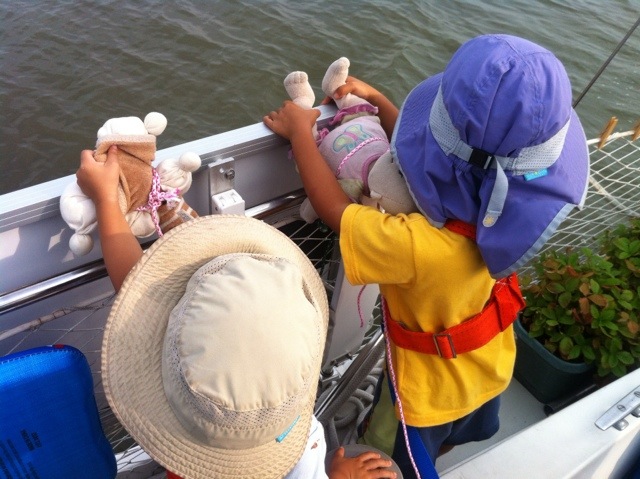 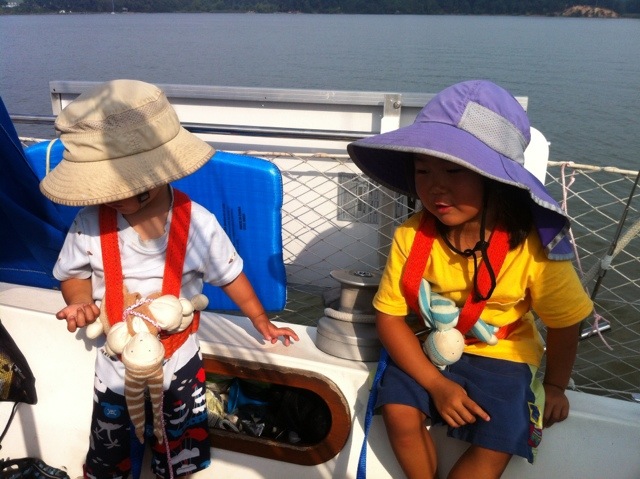 They “potty” their dolls overboard while sailing–no, we don’t do that to them–or tuck them into their “carriers”/tethers. 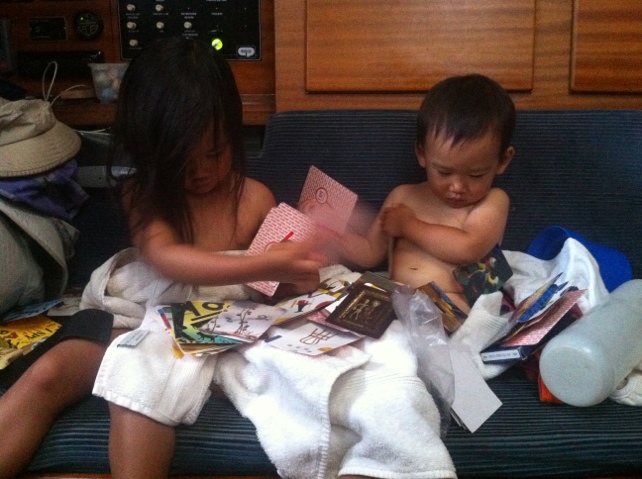 V “reads” read books to O in the V berth when it’s too rough outside for them. Sometimes they trade cards.

My little girl gets mad at her little brother every single day. But she also says, “I love brother and I love my family.” Maybe the vast amount of time spent together, without the distraction of many peers forces them to keep seeking each other for company. (Why bother trying to be nice to to your brother when you have a choice of 20 playmates at school 8 hours a day?) Right now, we’re okay with that. They have to get along as siblings first…

But we’re always keeping an eye out for boat families, just in case.