Engine rant (not to be confused with the coupling saga) 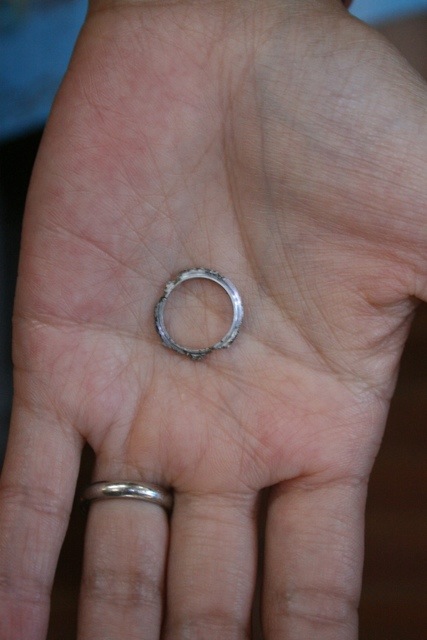 The culprit of our air leak, we think

Cruising is fixing your boat in exotic (or non-exotic, in our case) ports. I knew this going in, but the engine issues have given me a harder time than expected. I am not the best mechanic but I’ve learned so much recently.

The entire fuel line from the tank to the fuel injectors have been taken apart more than once trying to figure out the problem (some parts probably half a dozen times). I’ve gotten very good at bleeding the air from the fuel line without a bleed point at the highest point and without the assistance of an auxiliary electric fuel pump. But I often reak of diesel odor for days afterwards.

Yes, I can buy and install an electric fuel pump (which I probably will in the future), but I’ve learned that the cruising lifestyle is mostly about making do with what you have. For example, I’ve used a hand suction pump to help bleed the engine and a hand bicycle pump to pressure test the system. And when the bleed screw on the primary filter housing got stripped, I had a local machine shop weld the hole closed. The thought of replacing every piece of the fuel system was considered more than once. But I never would have found the problem, nor would I have learned as much.

Boat mechanic guru Nigel Calder in his Marine Diesel Engines book describes a persistent air leak into the fuel system as one of the hardest problems to troubleshoot.

So, what was the source of our air leak? There were probably two culprits, both in the vicinity of the primary fuel filter (which I now have a spare filter assembly for): a stripped bleed screw and a corroded metal gasket (see photo above).

How did I find the culprits? At first, my approach was to go after the most likely offenders, namely the fuel filters. But problems persisted after changing both filters. Then I put rescue tape on as many of the joints on the fuel system as possible. Still problems. I then had a machine shop weld shut the bleed screw on the primary filter assembly (I wanted them to re-tap a hole for a bleed screw). Still problems. Ugh! I felt like throwing in the towel & calling a mechanic for help. But with the encouragement of a circumnavigator in Newport, RI, I persisted (thanks Sten).

I hooked up a bicycle pump to as much of the fuel system as possible to pressurize the fuel lines and to spot leaks with soapy water. Found no leaks. The only part that I was not able to pressure test was the primary fuel filter assembly. The bleed screw was already plugged up, so I went through all the pieces on the filter assembly and found one metal gasket that was corroded and cracked. Armed with extras from a trip to the Volvo dealer (because I lost one to the bilge the previous week), I replaced the metal gasket and the engine has been working since.

Some things I’ve learned from working with our diesel engine: