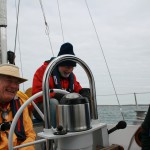 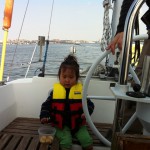 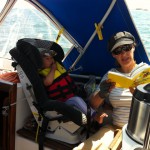 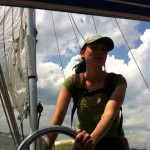 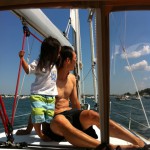 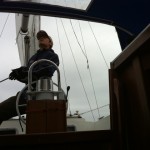 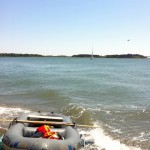 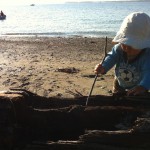 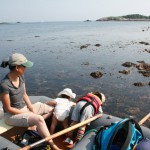 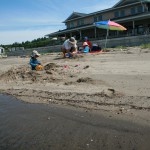 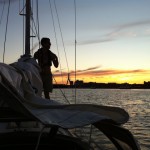 I’m happy to say that we’ve done a fair amount of sailing this summer. According to my notes, we’ve gone out about 19 times, three of them on other people’s boats.

All throughout the summer, learning to sail was the top priority. Our long list of boat projects fell by the wayside, and now we have a lot of catching up to do. The only major work we did was to upgrade our six-gallon holding tank so that we could handle overnights more comfortably.

In the beginning, we brought along experienced sailors to teach us. We practiced docking a lot (and messed up a lot), we tested out different sail configurations, we learned to anchor under sail and to sail out of an anchor. We made sure not to go out only in perfect conditions. Each trip out was a new lesson and brought with it new joys and frustrations.

We still have so much to learn.