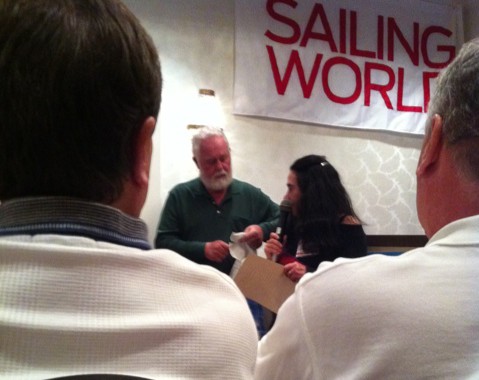 The Annapolis Sailboat show started with a bang. Armed with the seminar schedule–and wishing to avoid product overload–I managed to cram in five classes in two days:

I even got a chance to speak briefly with Lin and Larry Pardey, and Pam Wall after their seminars. They were all very nice and took an interest in the kiddos. It also gave me hope that both Lin and Pam were petite sailing powerhouses!

{Sidenote: If you would like to get a copy of my notes, shoot me an email–see the “About” page–or leave a comment introducing yourself and the requested seminar notes, and I’ll send it off when it is ready.}

In the meantime, Tig made his rounds on the first day of the show to scope things out. On the second day, he zoomed in specifically looking on windvanes. 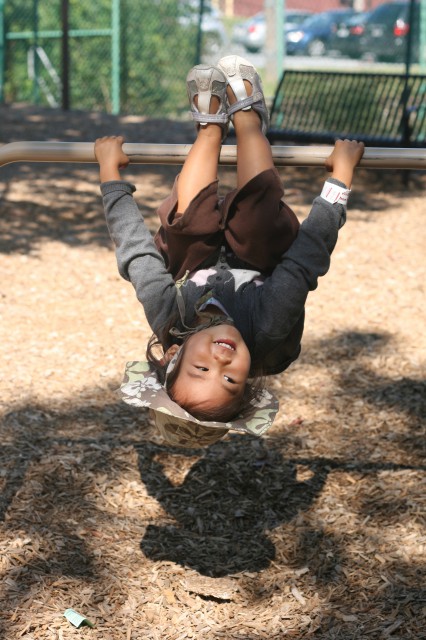 In between, the kiddos took breaks at the local playground, where V practiced her bar flips… 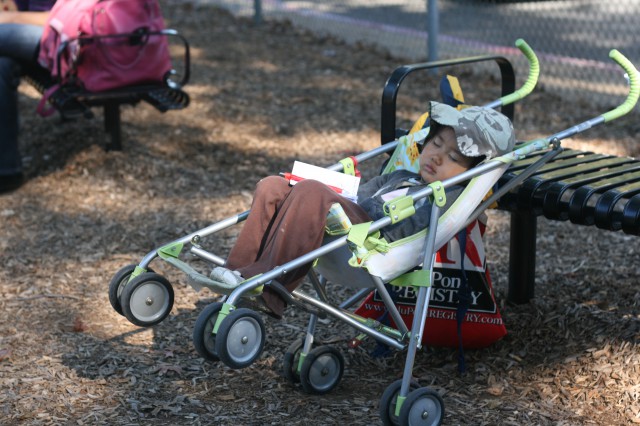 And later crashed from the excitement of it all.

Zach Aboard Meetup
In other exciting news, I was thrilled to finally meet the family of Zach Aboard, a blog I’ve been following for years. It was fun to see Cindy, Doug, Zach and Naia in person, and to see their boat! We were joined by Matt, Wendy, Noah, Kirsten, and Ethan from RVPuzzled as well as Cidnie and daughter “Kitty” from Houston, TX. They are outfitting their boat Ceol Mor for cruising.

We spent the late afternoon chatting, the kids ran around, played games, ate pizza and apple pie until the sun went down. Yes, it was a good time. 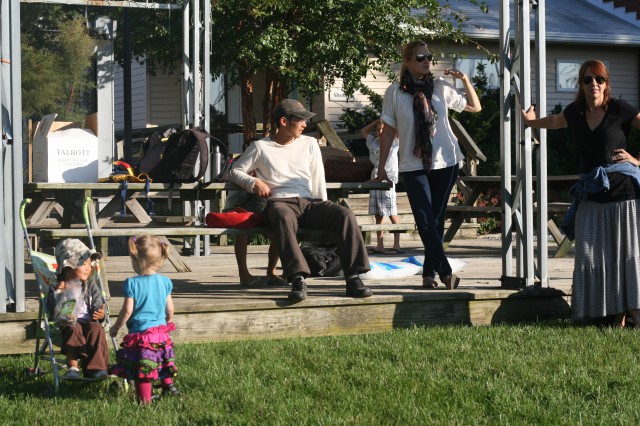 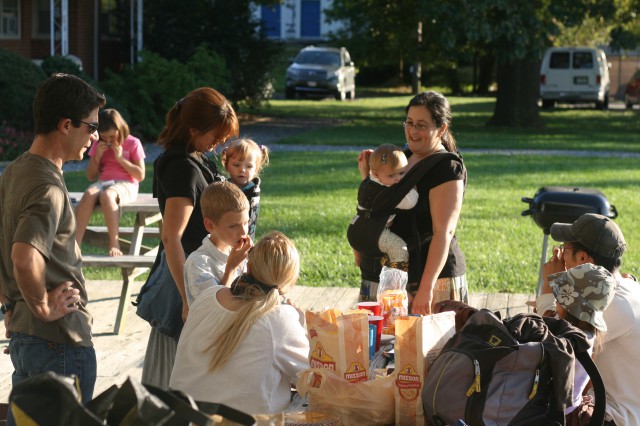 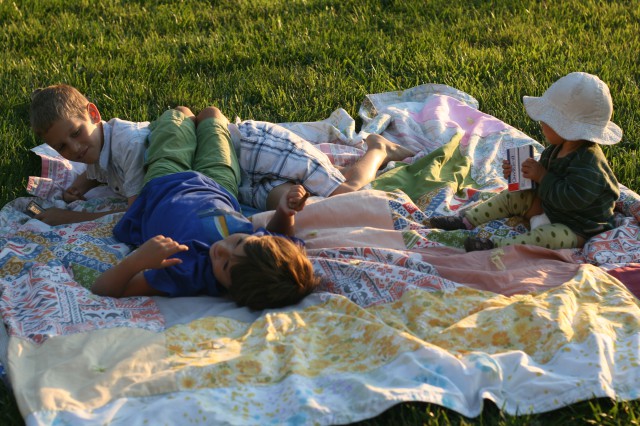 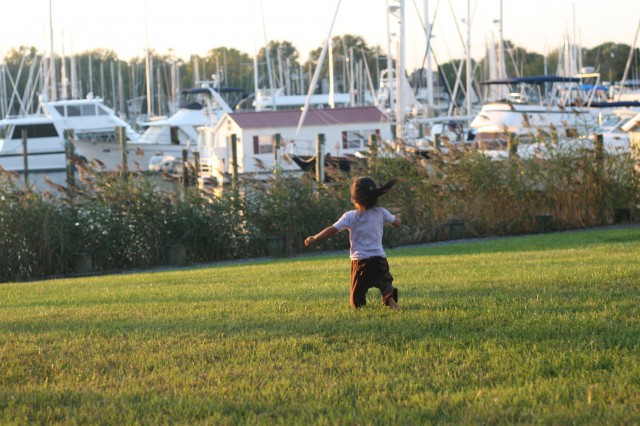 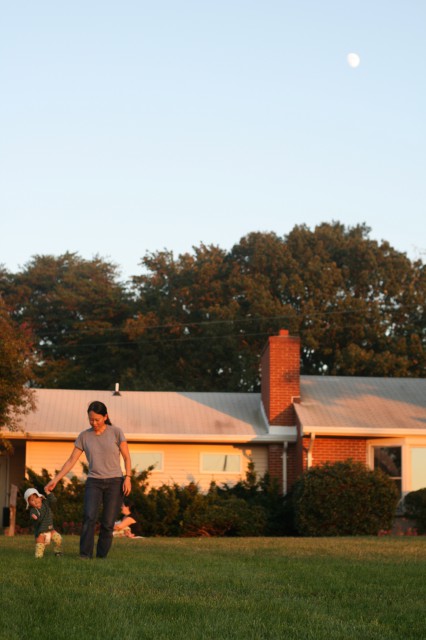 One Reply to “Annapolis Boat Show, the Pardeys, and Zach Aboard meetup”