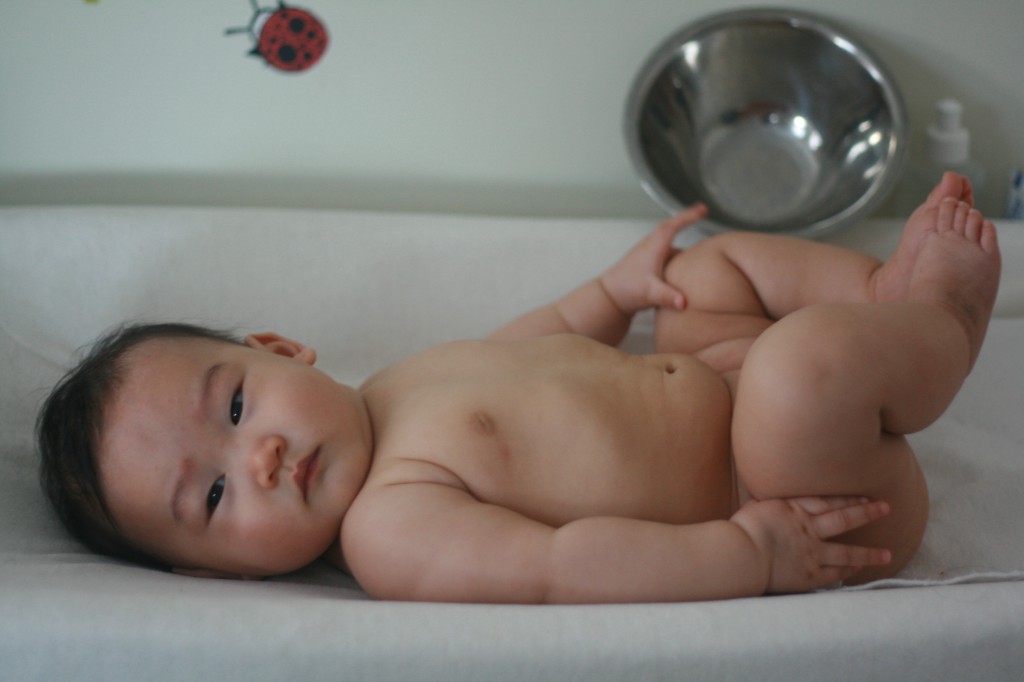 A couple nights ago, I had stayed up late working. By the time I went to bed, O woke up and stayed up for an hour or two. After that, he woke up every hour or so fussing and needing to nurse. The exact times are fuzzy because I didn’t keep count or watch the clock. The next day I went to work.

Tig was sleeping with V, and he had a tough day ahead, so I let him rest and dealt with O myself.

This was a big contrast to two and a half years ago. We tracked her sleep and Tig wrote a web-based program that graphed her sleep patterns.

Even through the haze of fatigue, I knew that something was up. And the reason became clear: my finger spotted a sharp little tooth through his gums, like a thin blade of a screwdriver.

I felt a tide of two emotions. I was elated. For O, it is but one in a string of firsts that will stretch across his life, the way stars spill across the night sky.

I also felt what could be described as saudade, a deep longing, a nostalgic backward glance. O is going to be my last child (barring any accidents, ahem). And with each first, it will be my last. I’m incredibly happy for him and look forward to celebrating his milestones. At the same time, I mourn the fact that another phase in my life will be here soon, one where I will have children instead of babies.

The crashing of these two emotions at three a.m. in the morning swept over me as I went back to sleep.

4 Replies to “The bittersweet truth about firsts and lasts”